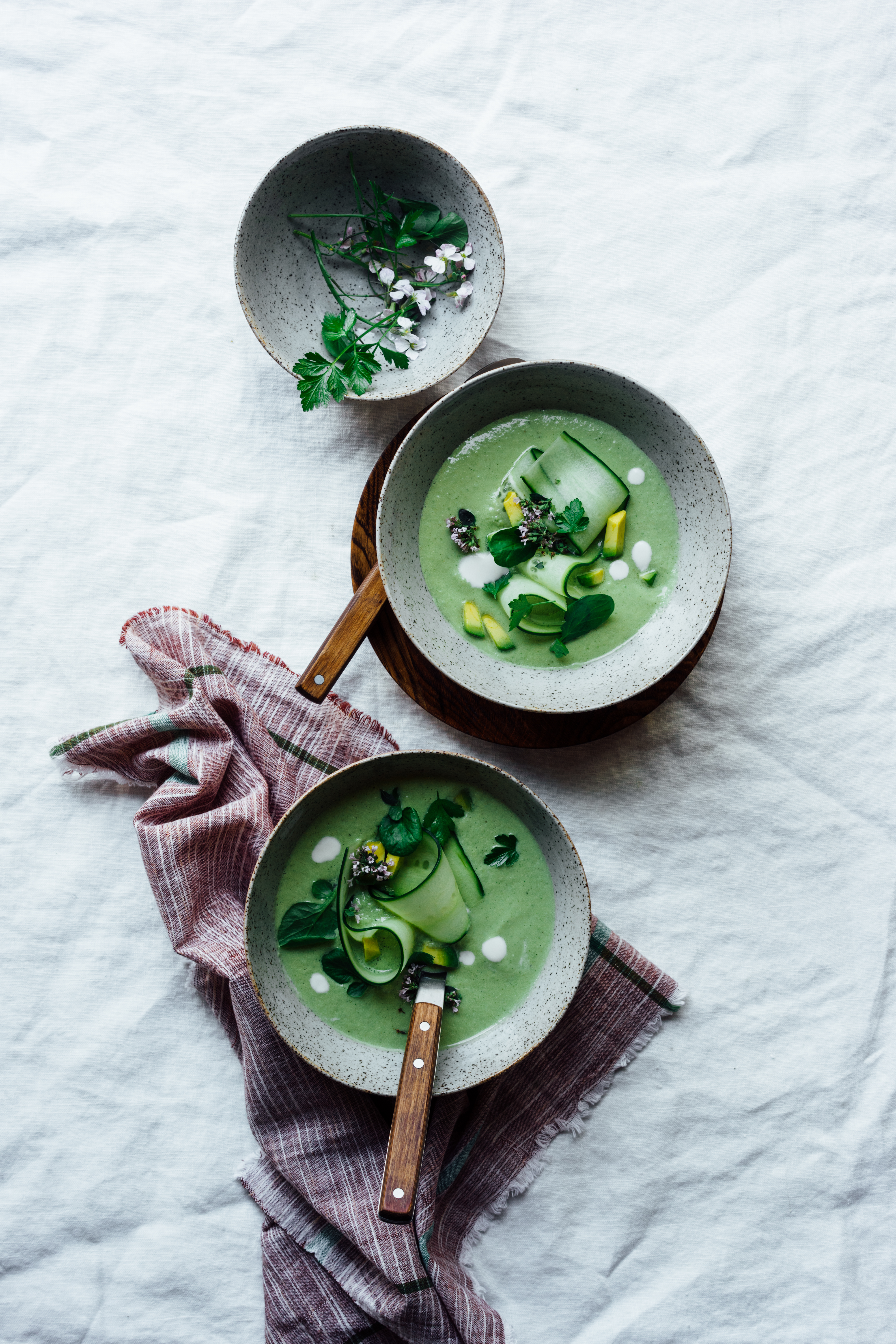 A world without end bargain. That’s how Shakespeare defined marriage in Love’s Labor’s Lost. It’s not something to be taken lightly or rushed into and it’s hard work. Anders and I had been together for seven years before we got married. We fell in love immediately and I think we both knew that we were meant to be. We spent the following hours, days, months and years side by side. We were never apart for more than a week and we came to know each other well and I was proud of that.

When we decided to move to Seattle we made a plan which involved Anders heading out to the West coast while I stayed behind in Vermont for another three months. Those three months were brutal. I slept with Scarlet every night because I missed having Anders beside me. We talked as often as we could, but I still missed him and was still terrified that he would change without me. I worried that during those three months he would make new friends and have new experiences and somehow become a different person without me there to witness it and adapt to it. When I finally arrived at our new house in Seattle I walked in the door to find dozens of twinkling tea lights leading me up the stairs to a picnic on the floor of our unfurnished home. A few weeks later Anders proposed. He later told me that those three months apart made him realize how much he needed me.

Those three months made us stronger, but the past three years have changed us both. We have moments when we feel like our old selves. Moments when we’re both giddy and full. Moments when we’re our best selves individually and together. But most of the time it feels like who we are in this big city and who we want to be aren’t aligned. It feels like a tug of war, each of us pulling and pulling trying to reach an ideal only to fall backwards in the end. Luckily, when I’m down he’s there to support me and when he’s down I’m there for him too. I don’t know where we’ll be next year or in ten or twenty years, but I’m beginning to learn that life is a practice. No one is perfect and the best we can do is to be mindful and keep trying to live out our values and to love each other as we’ve promised to as if the world will never end. 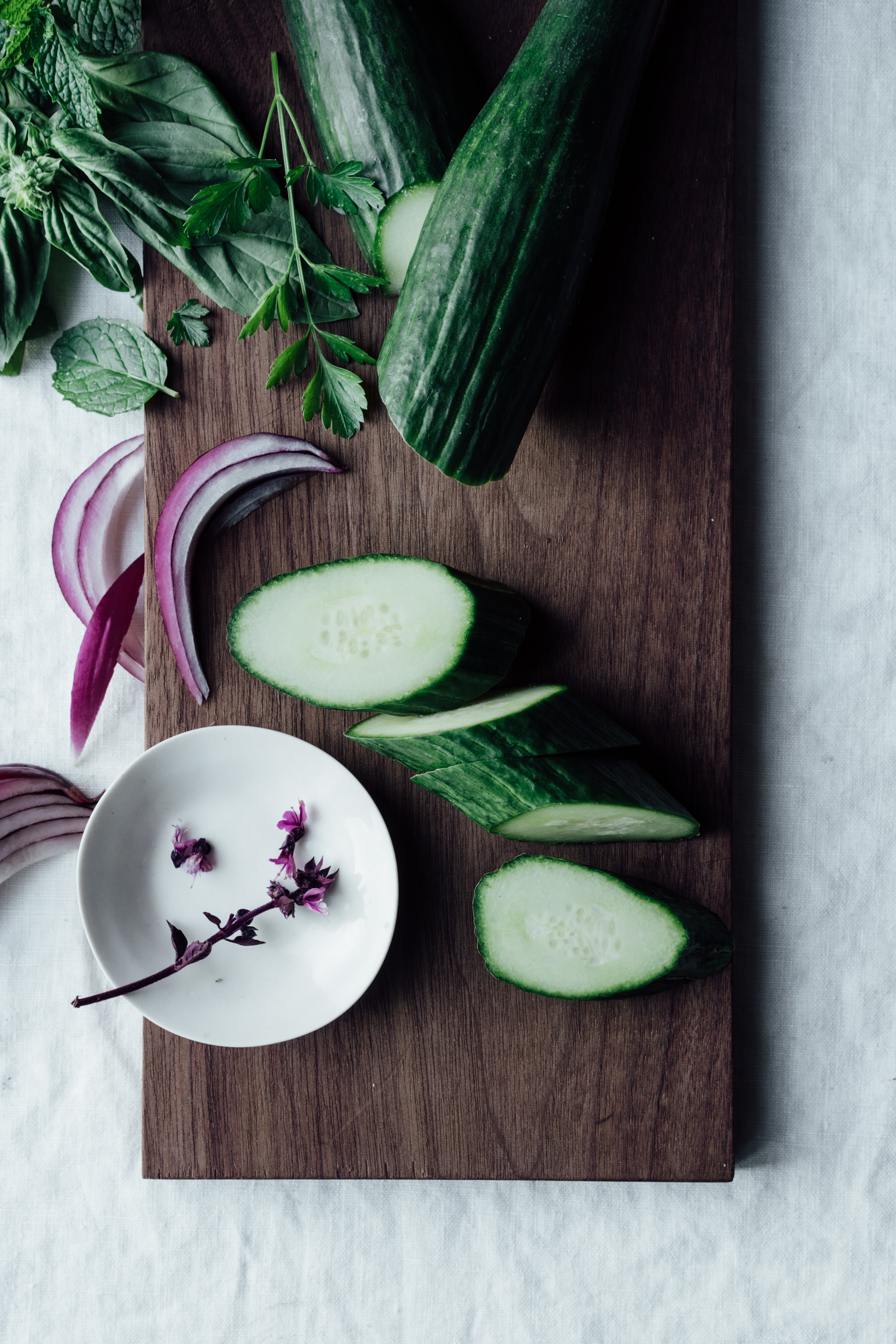 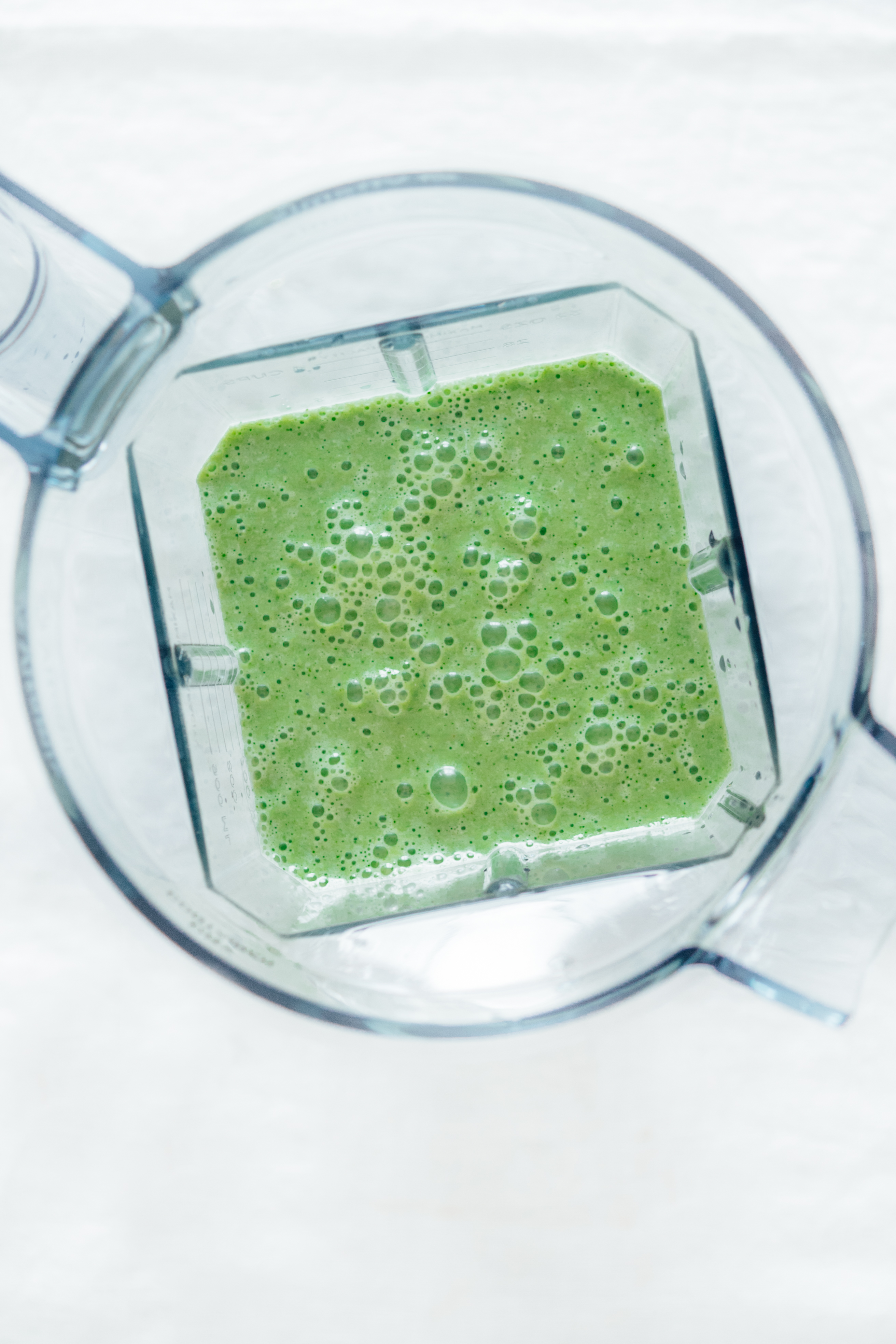 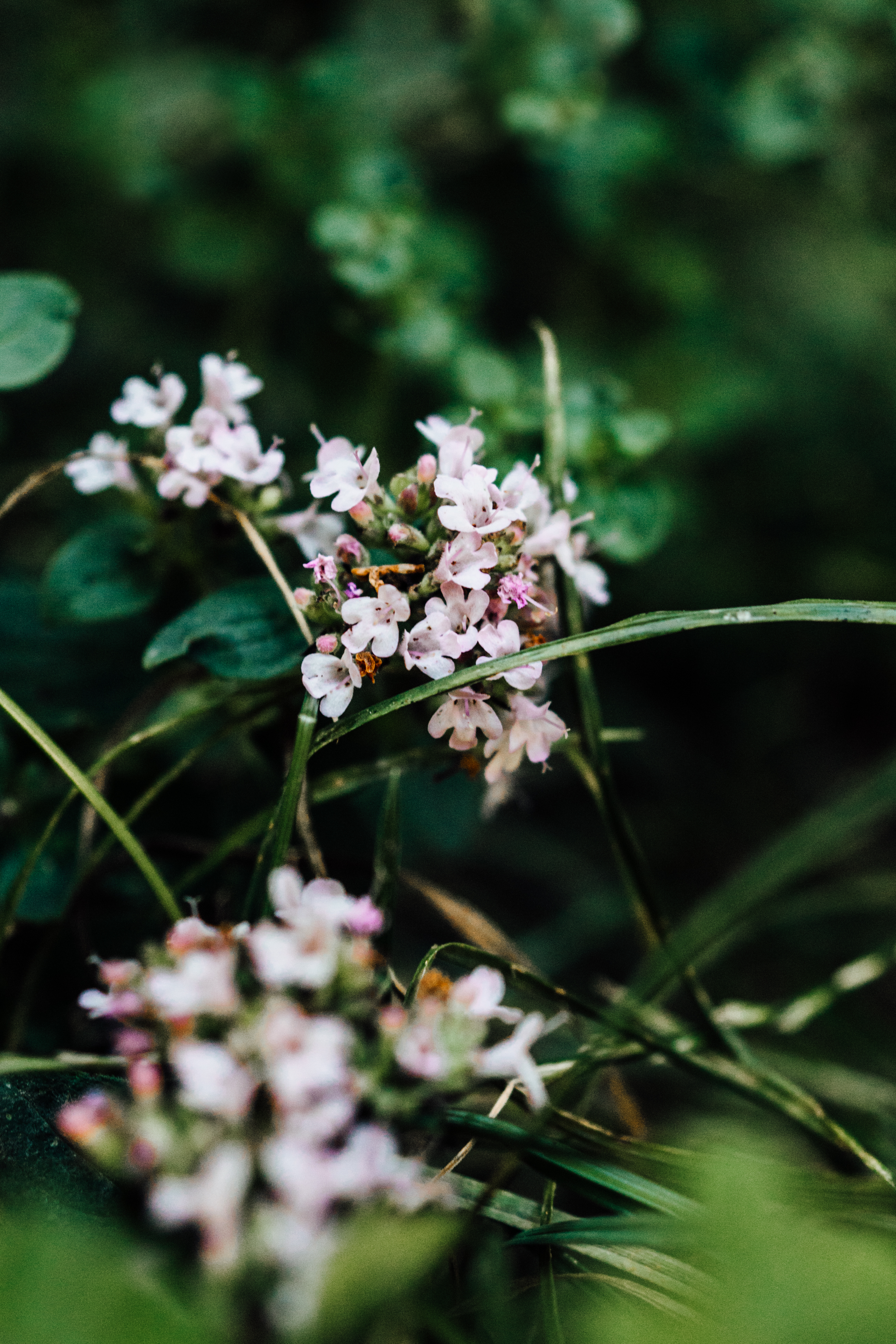 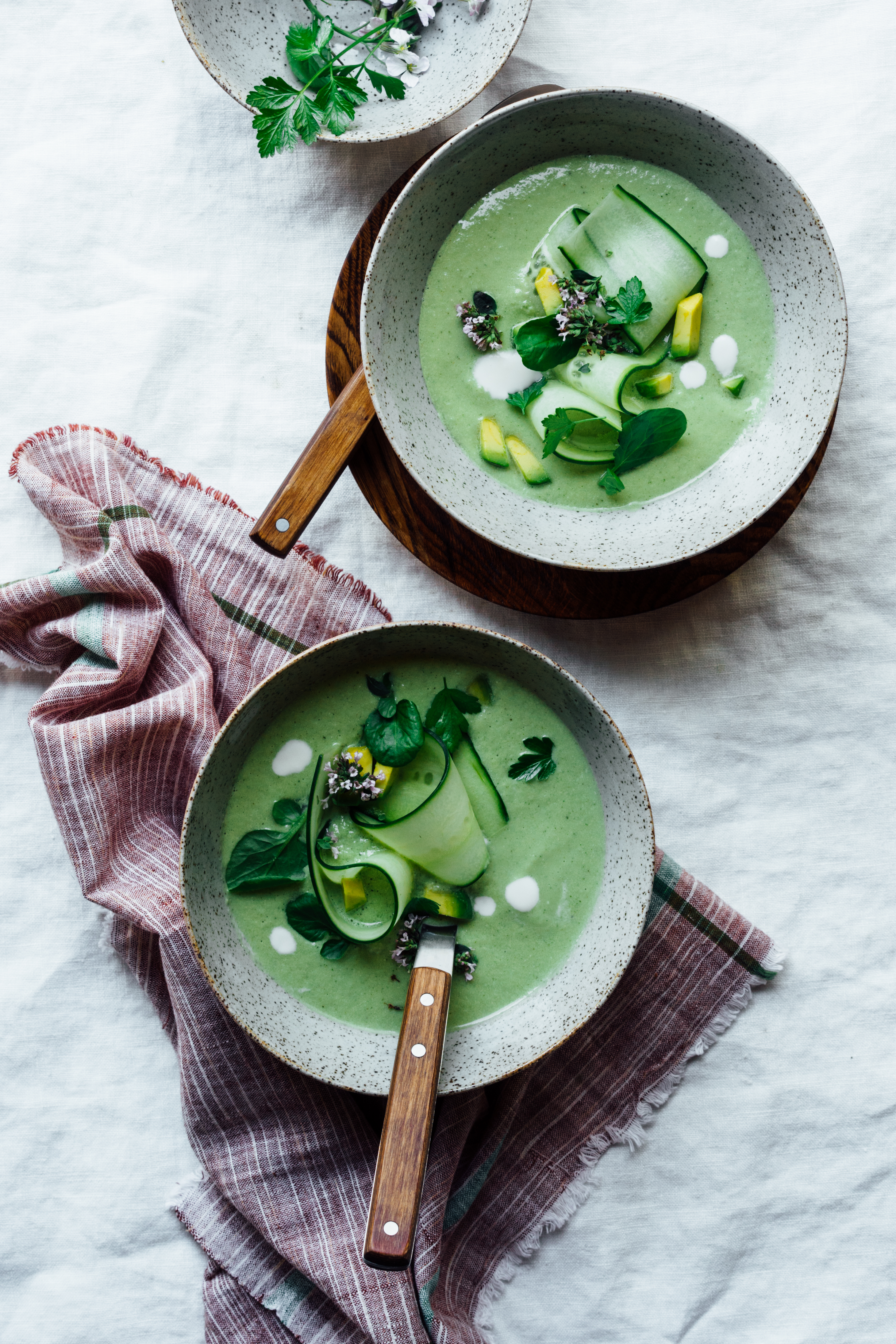 This soup is perfect for those hot summer days when you can’t bear to turn on the stove. It’s packed with cooling veggies and herbs, nutrient dense greens and is rich and satisfying thanks to the blanched almonds. It’s versatile and can be served at a casual picnic out of enamel mugs or dressed up for a sit down dinner. Enjoy!

Combine all the ingredients in a blender and puree until completely smooth and creamy. Serve chilled with cucumber ribbons, diced avocado, fresh mint, basil, watercress and edible flowers.