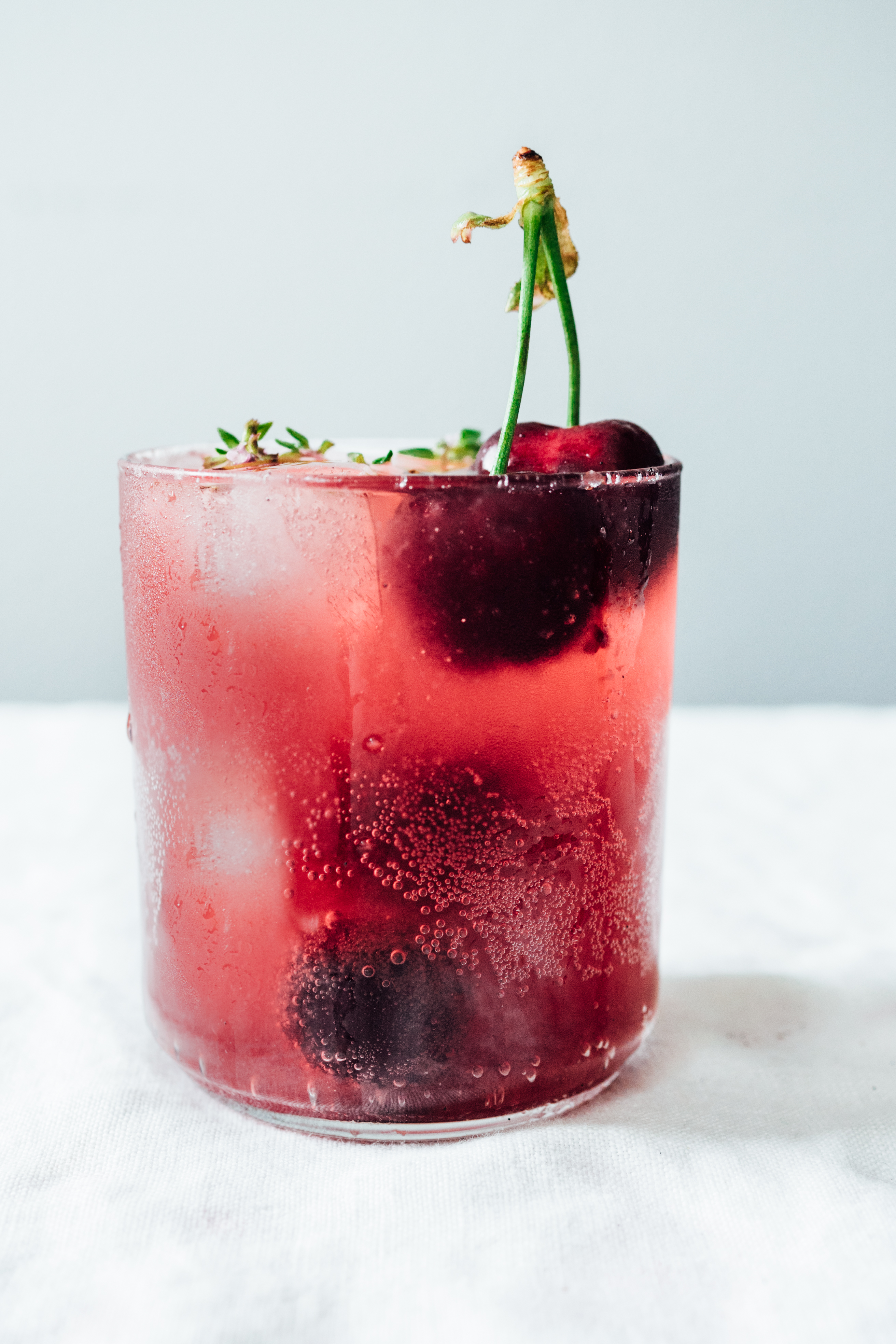 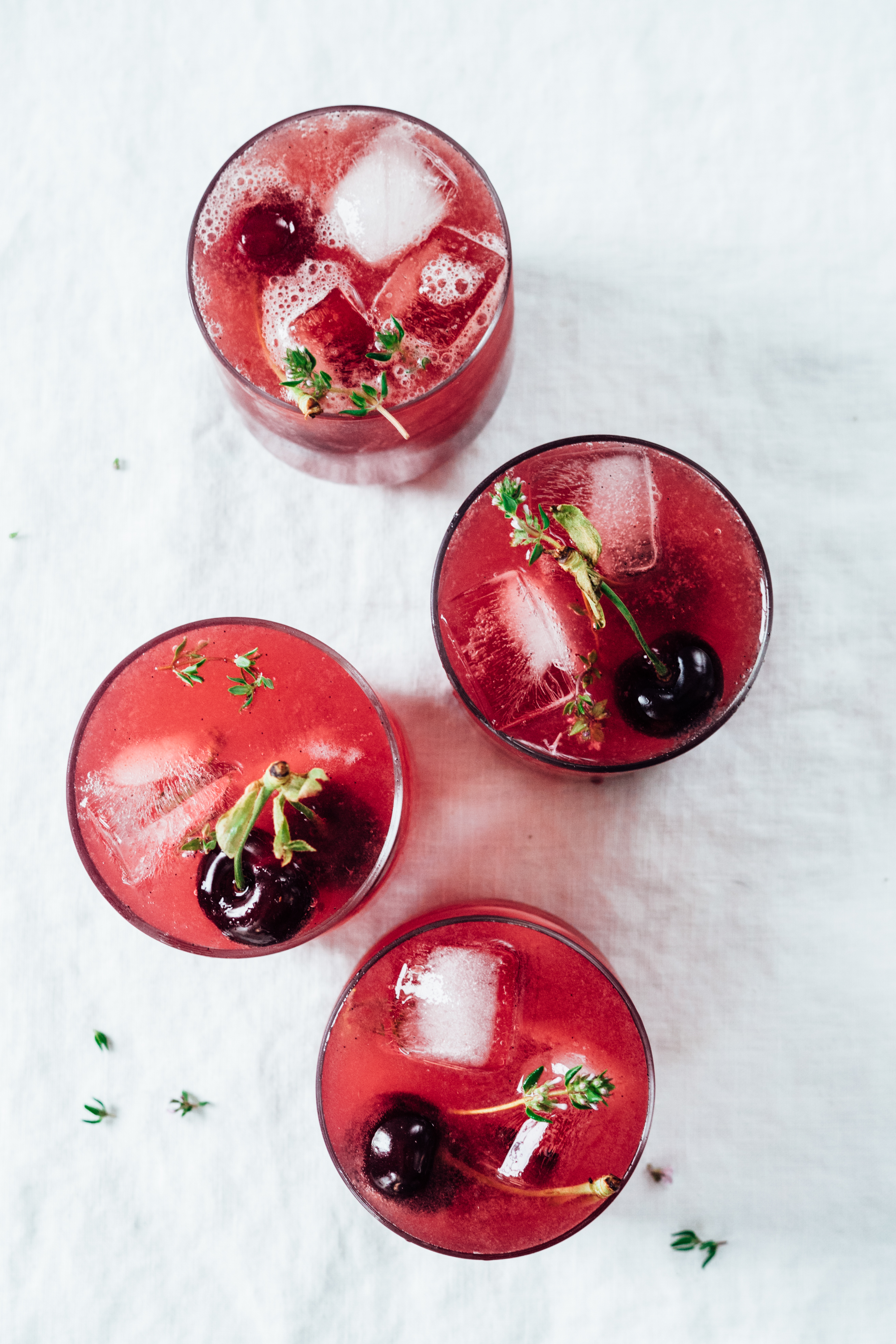 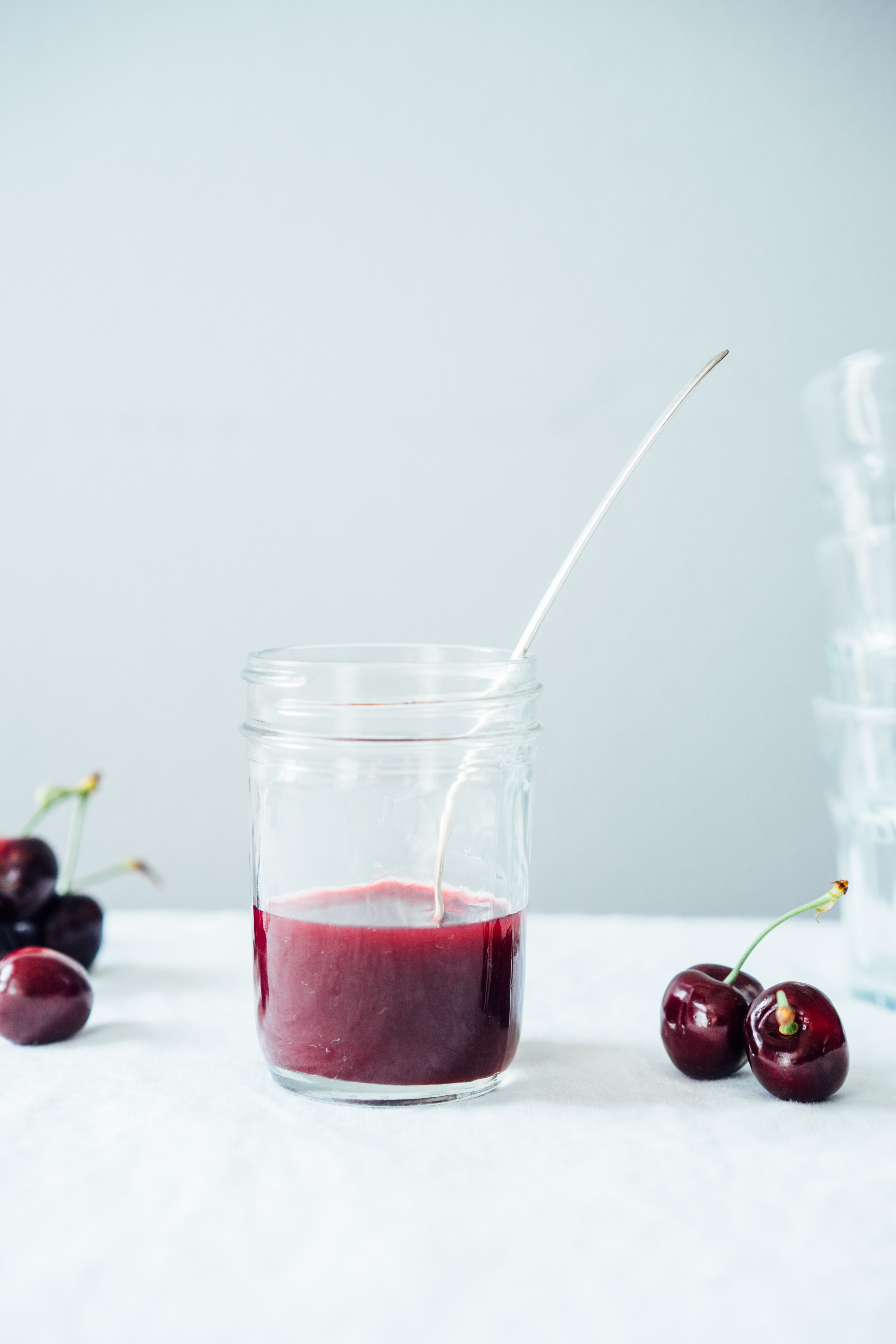 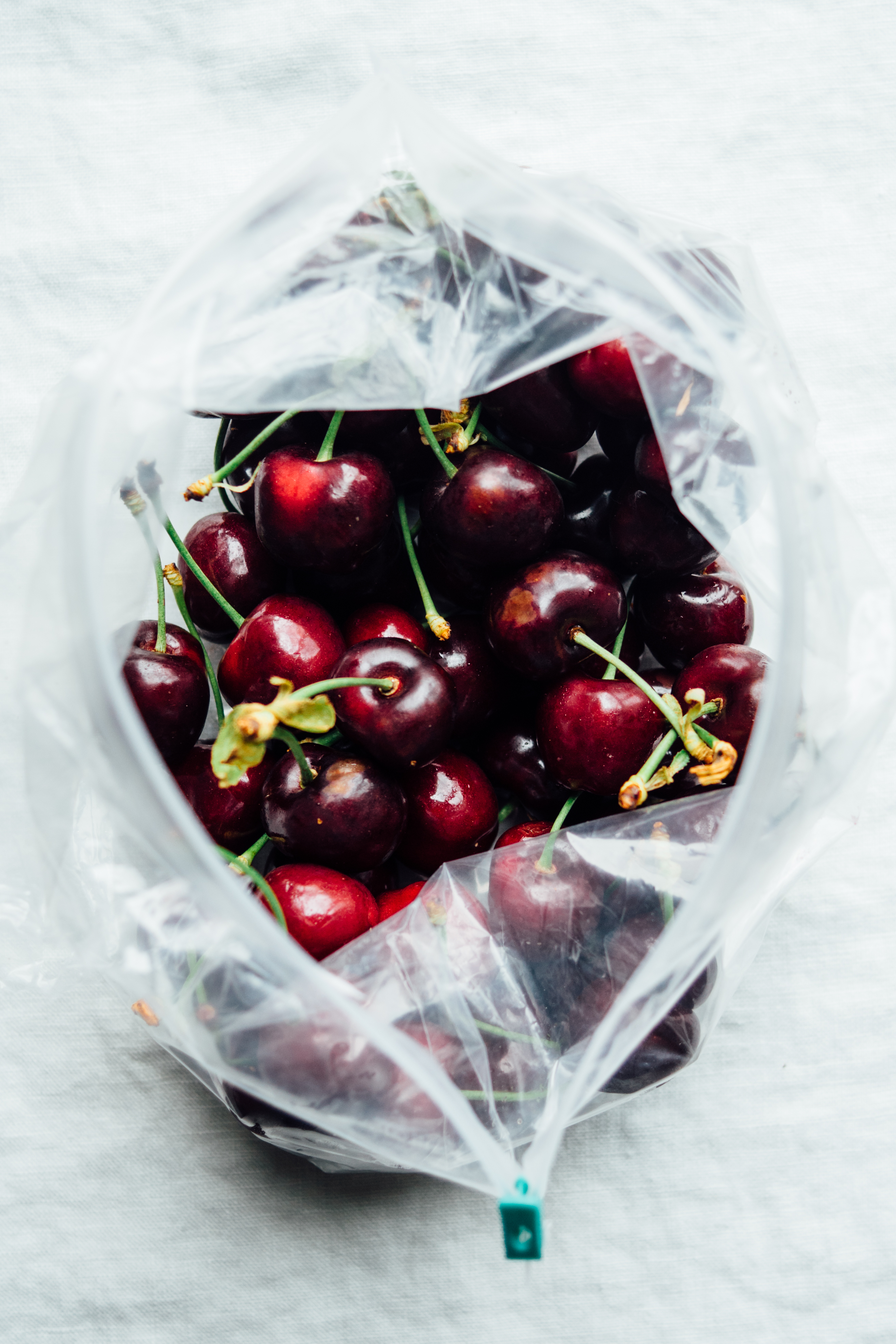 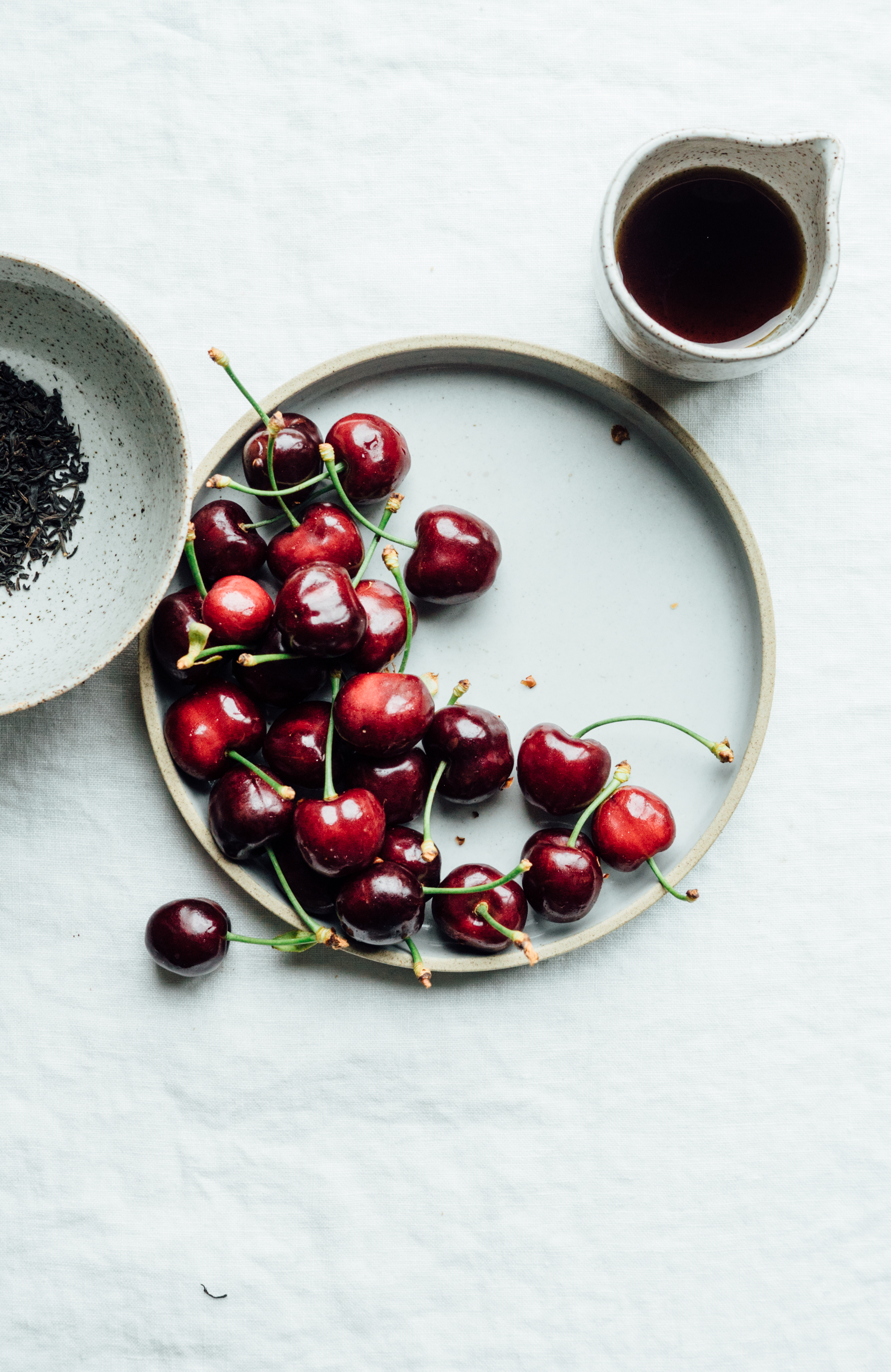 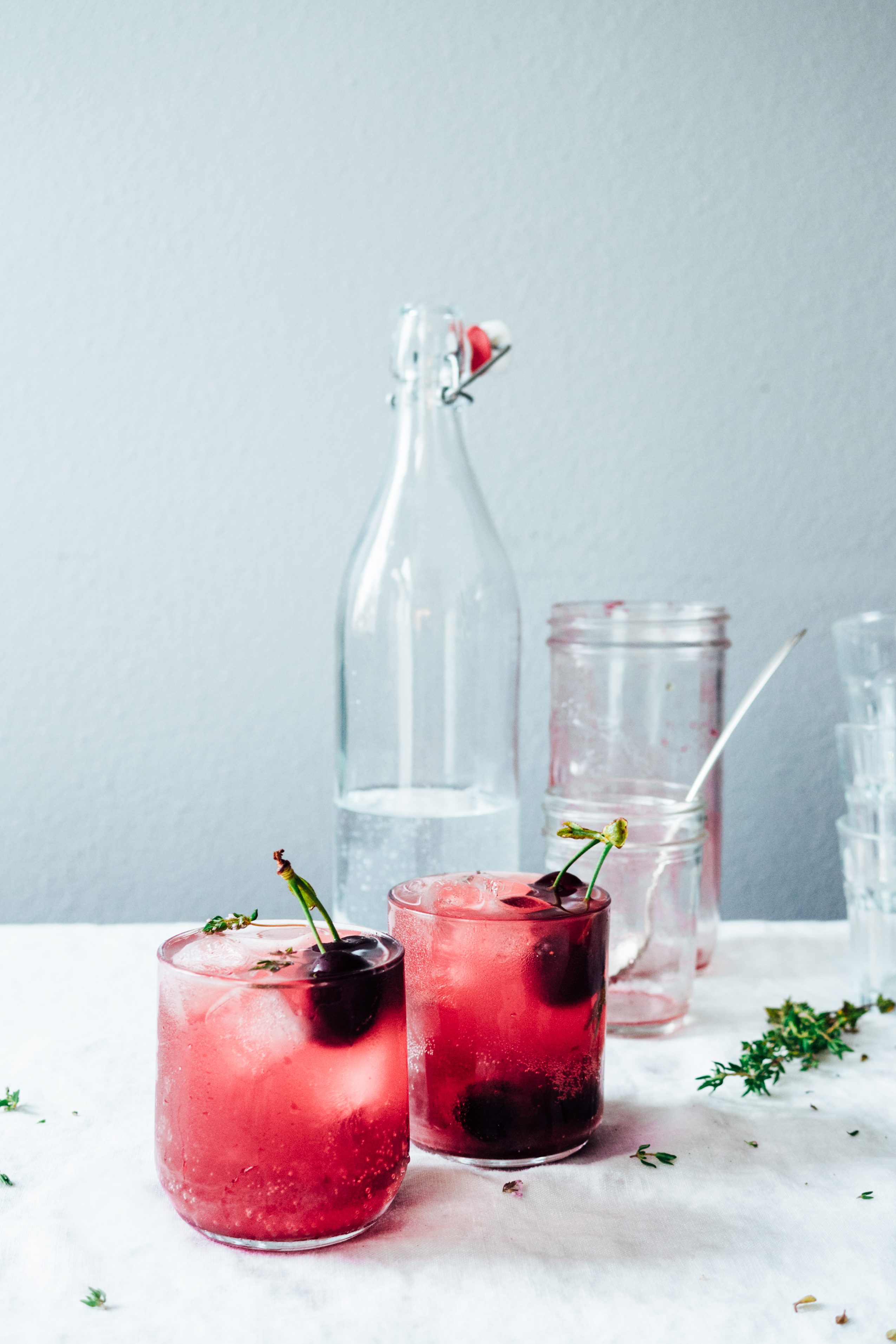 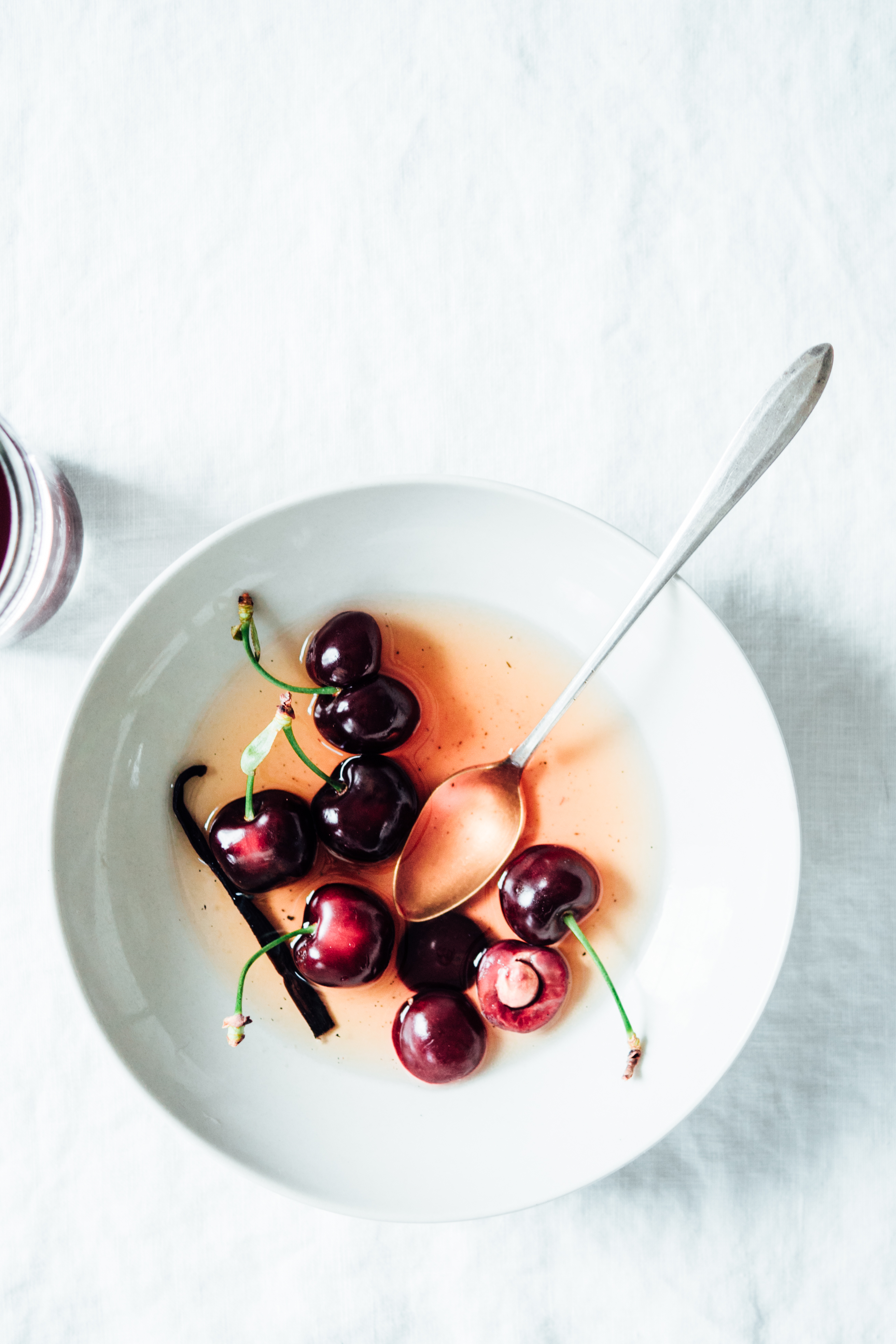 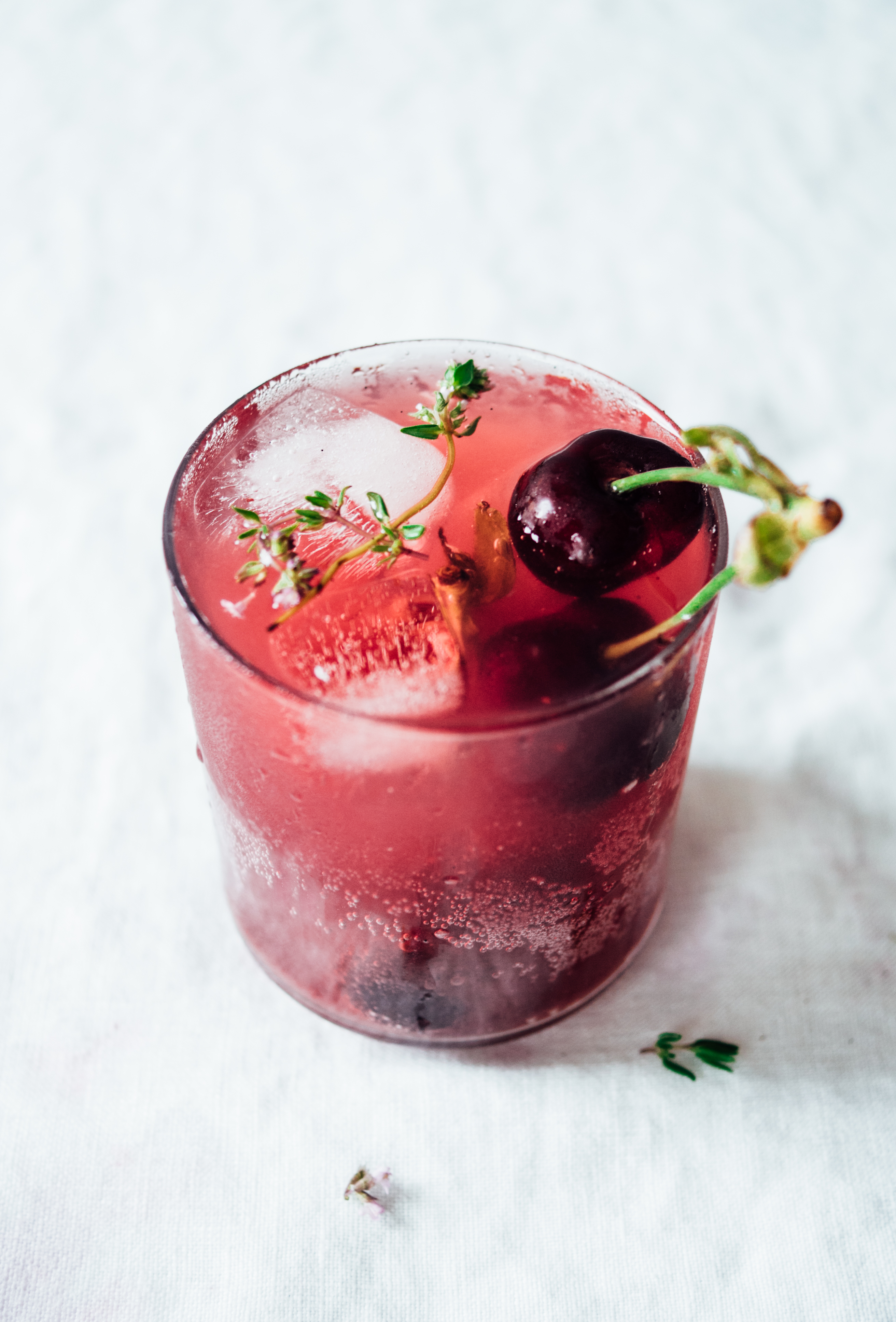 I feel like I have a toddler. I wake up every morning, and before I have time to brush my teeth or shower or make tea or do yoga, Roux starts jumping on the bed and on my lap, furiously licking me in the face, running around tossing balls and bones every which way, demanding my attention. It’s not enough anymore to just let him out into the backyard. He wants to play. And even after an hour of running around at the park, he gets home and goes straight for the toys. By mid-afternoon, he finally falls asleep. But the minute Anders gets home, he’s at it again, running full speed from one end of the house to the other, purposefully dropping his bone on the floor and sliding it around to make as much noise as possible. Forget about having a conversation or watching a movie. I’m sure a nice cocktail would take the edge off, but since we don’t drink much I usually opt for a mocktail instead.

I was surprised to find cherries at the farmer’s market over the weekend and wanted to do something special with them. This mocktail is rich and robust but still refreshing and perfect for warm summer days. Roasting the cherries with the vanilla bean and maple syrup brings out their sweetness and the smoky black tea and lemon add complexity and a touch of acidity. And if you want to get crazy, try adding some tequila or bourbon.

1 cup cherries, cut in half and pitted

Meanwhile, steep the tea in 1/4 cup boiling water for 5 minutes. Strain and set aside.

Place the cherries and any syrup left on the baking sheet into a blender and pulse a few times until a chunky puree forms. Strain the cherry puree through a fine mesh strainer into a jar. Add 3 tablespoons of the steeped tea, the lemon juice and the remaining 1 tablespoon maple syrup. Stir to combine.

Divide the syrup between two glasses, top each glass with ice, 4 ounces soda water and a cherry to garnish.