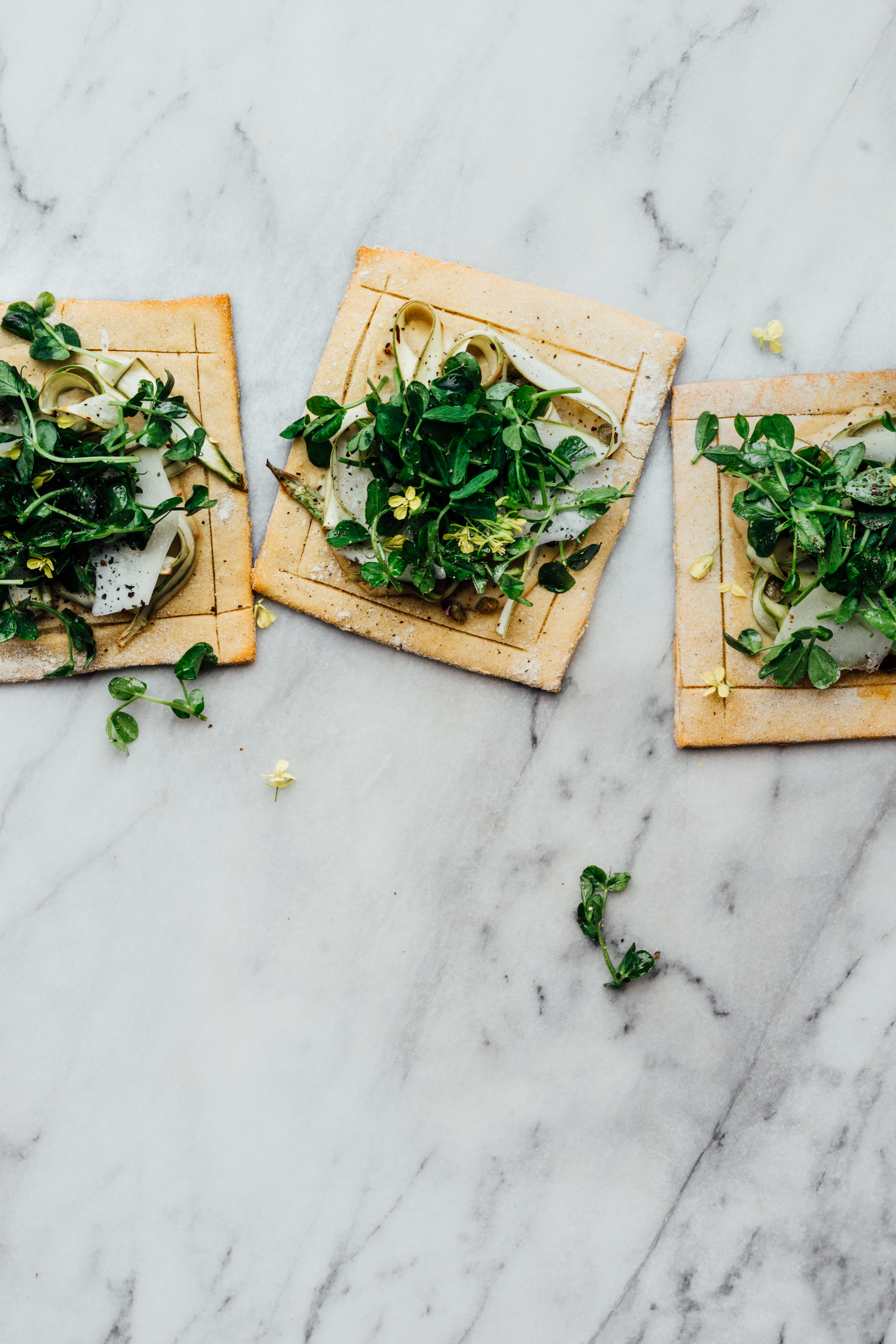 When I got home from Australia, after eighteen hours of travel, the first thing I did was clean the house. The second thing I did was take the dogs to the park. And the third thing I did was flip through the three new cookbooks that had arrived in the mail while I was away. The prospect of discovering new recipes to make and to share is enough to make me giddy and I never get tired of studying how thoughtful styling can communicate and evoke emotion. Lindsey’s new book, Chickpea Flour Does It All, contains a myriad of gluten free, dairy free, vegetarian recipes that showcase the beauty of eating seasonally. I’ve been a fan of Lindsey’s blog and her styling for some time and the recipes and photographs in her new cookbook remain true to her minimal and warm aesthetic. Her work always highlights the simple beauty and luxuriousness of wholesome ingredients and her recipes evoke a love of self and others that is inspiring. I can’t wait to try her chocolate banana loaf, stuffed squash blossoms with macadamia ricotta, blackberry lime cobbler, and celery root latkes and Anders has already demanded that I make him the chickpea frites.

Congratulations Lindsey! You’ve created something truly beautiful that will inspire cooks around the world to eat more thoughtfully. 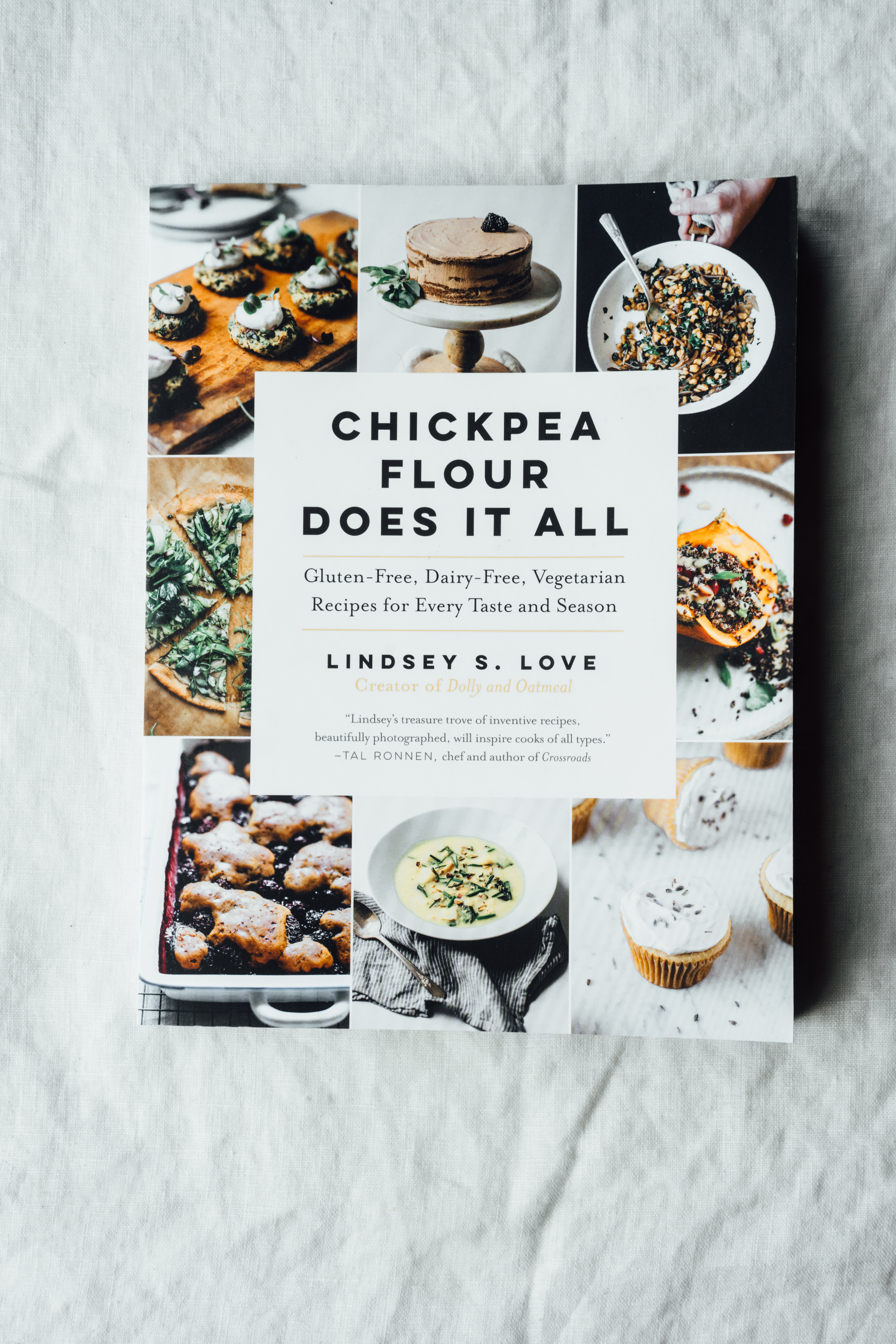 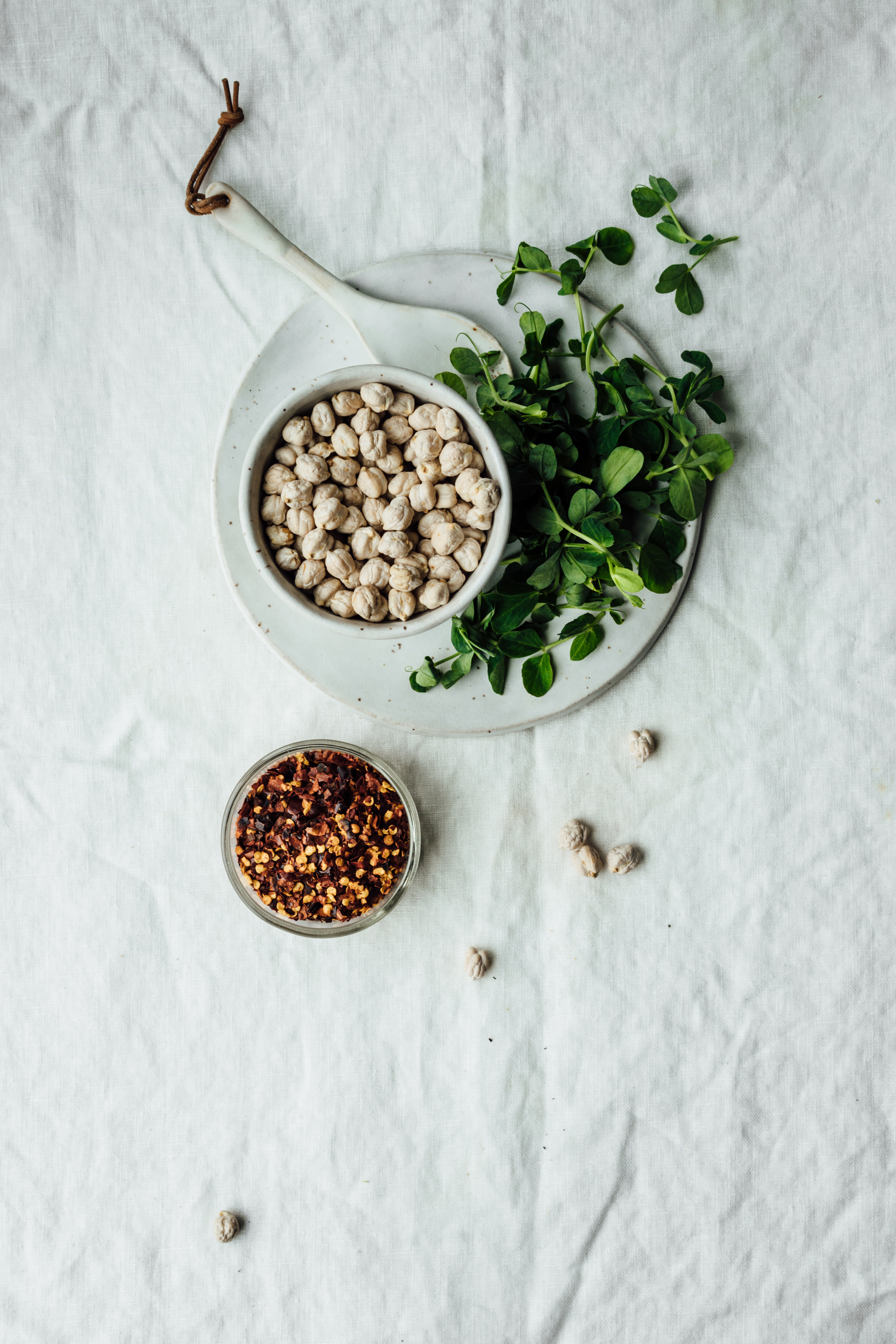 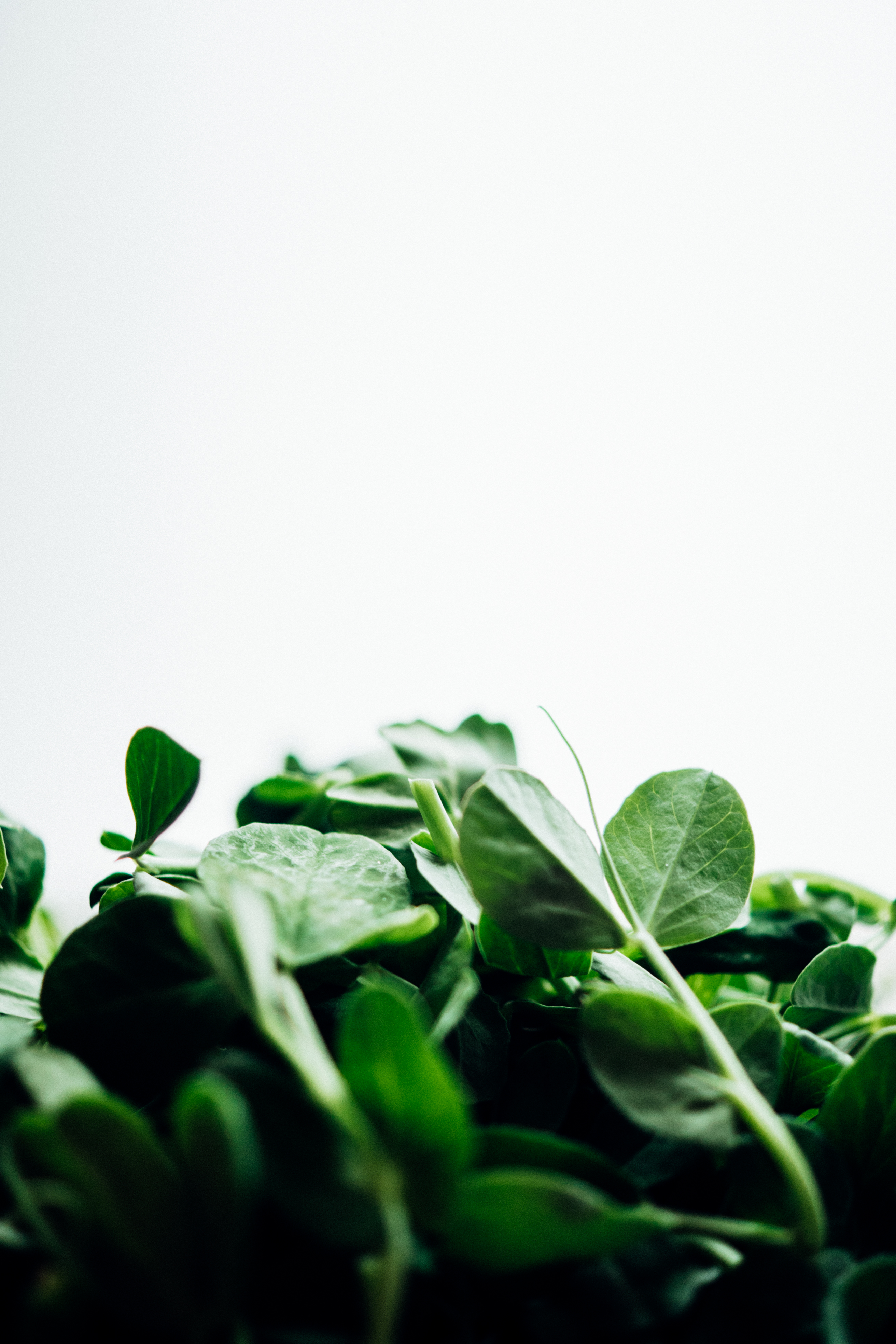 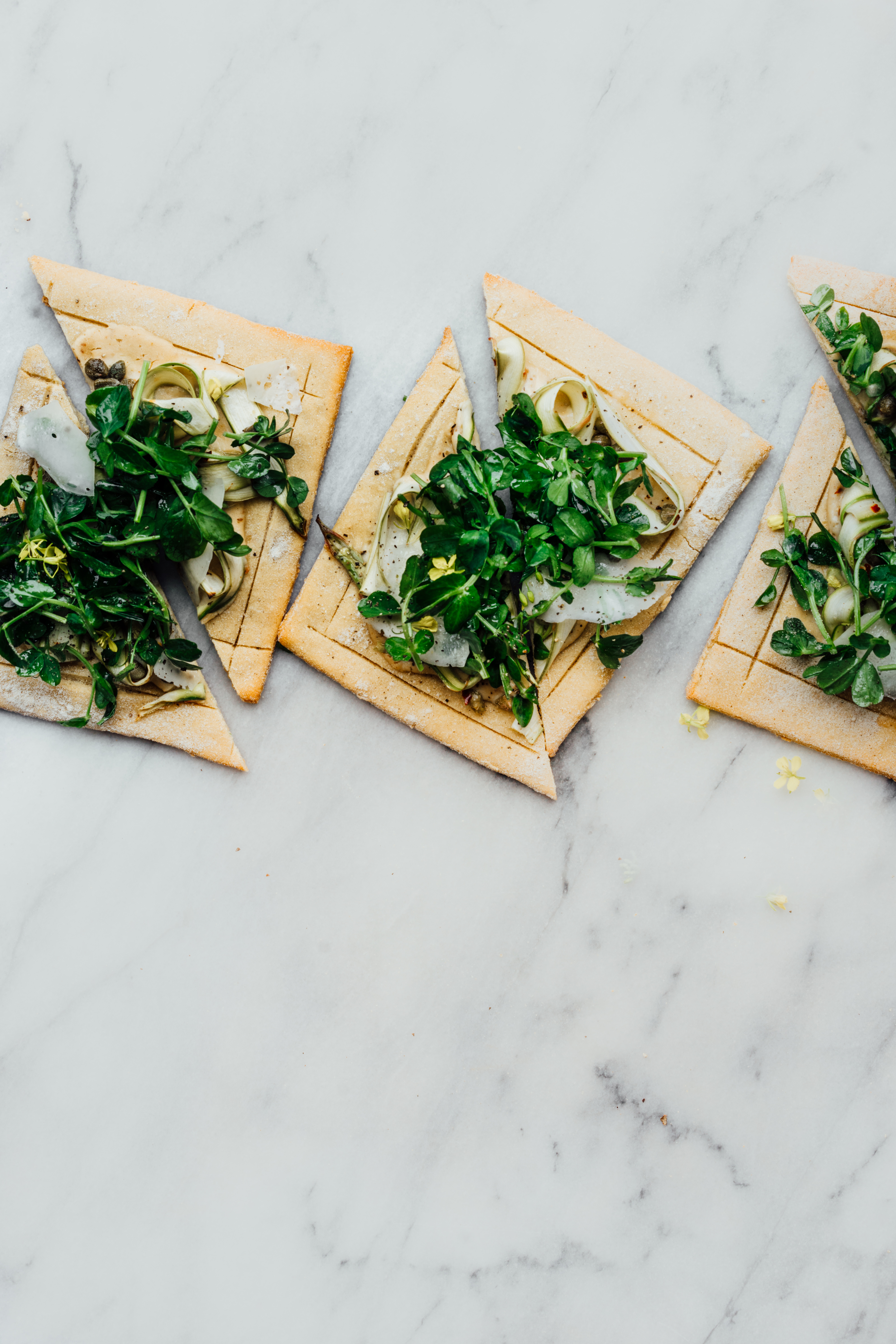 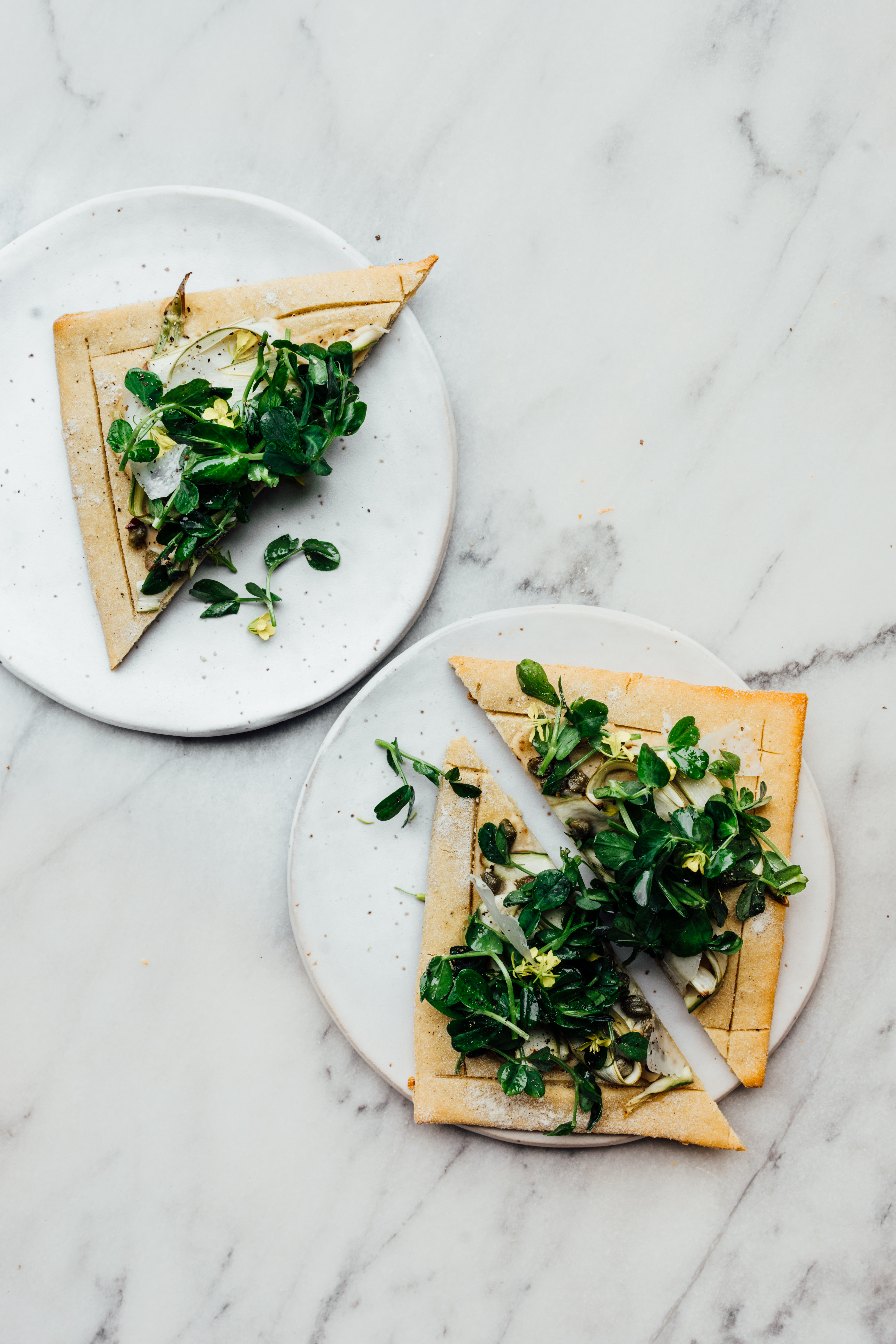 From Chickpea Flour Does It All by Lindsey S. Love

In a mixing bowl, whisk together the water and cane sugar until dissolved; sprinkle in the yeast and let the yeast proof for about 10 minutes, until the surface is foamy and bubbly; if yeast does not proof, start over with more yeast.

In a large bowl, whisk together the flours, arrowroot, psyllium husk, and salt. Make a well in the center of the bowl and add the yeast mixture and oil. Using a dough hook on an electric mixer or a paddle attachment on a stand mixer, mix the dough until smooth. Dough should be able to hold its form but be sticky to the touch. If the dough is too sticky and not able to hold its form, add more chickpea flour 1 tablespoon at a time until the dough is firmer.*I ended up adding an extra 3/4 cup chickpea flour to get my dough to the right consistency. Cover the dough in the bowl loosely with plastic wrap and allow dough to rise in a warm place for 30 to 45 minutes, until roughly doubled in size.

Place a wire rack at the lowest position in your oven, place a baking stone or baking sheet on it, and preheat oven to 500°F (260°C).

Line two baking sheets with parchment paper and lightly dust them with sorghum flour. Using a dough scraper, divide the dough into two even pieces; gently form each piece of dough into a ball. Place a piece of dough on each prepared piece of parchment; dust the dough with a light coating of flour and press it into an 11-inch round, working your fingers from the inside of the dough to the outside until the crust is about ¼ inch thick, dusting with more flour as needed.

*To make square pizzas, dust a piece of parchment with a generous amount of sorghum flour and roll half of the dough out into a large rectangle that is 1/4 inch thick. Cut into 4×4-inch squares. Using a metal spatula dusted with sorghum flour, carefully separate the squares leaving an inch or so between each one. Gently score the edges of each square with a paring knife.

Cover the dough loosely with plastic wrap and allow the dough to rise once more for 15 to 20 minutes; dough should puff up slightly and be springy to the touch.

Use a pizza peel or cookie sheet to gently slide one piece of parchment with the dough onto the baking stone and bake for 5 minutes, until the dough is slightly golden and a bit stiff. Use the peel to slide the dough out of the oven, and spread half the hummus over top of the pizza; then distribute half the asparagus and capers over the hummus; place back in the oven and bake until the edges are lightly browned and crisp and asparagus is lightly charred in places, about 8 to 10 minutes.

Remove the pizza from the oven and top with pea shoots. Let the pizza rest for 5 minutes to let the pea shoots wilt a bit. Serve warm or at room temperature.

Repeat with remaining dough and toppings.

*Note: Pizza dough can be stored in the freezer for up to 1 month. To thaw, remove from the freezer the morning of, or at least 5 hours before cooking, and allow the dough to come to room temperature. If not using the dough right away, store in the refrigerator until ready. Prepare the dough as directed.