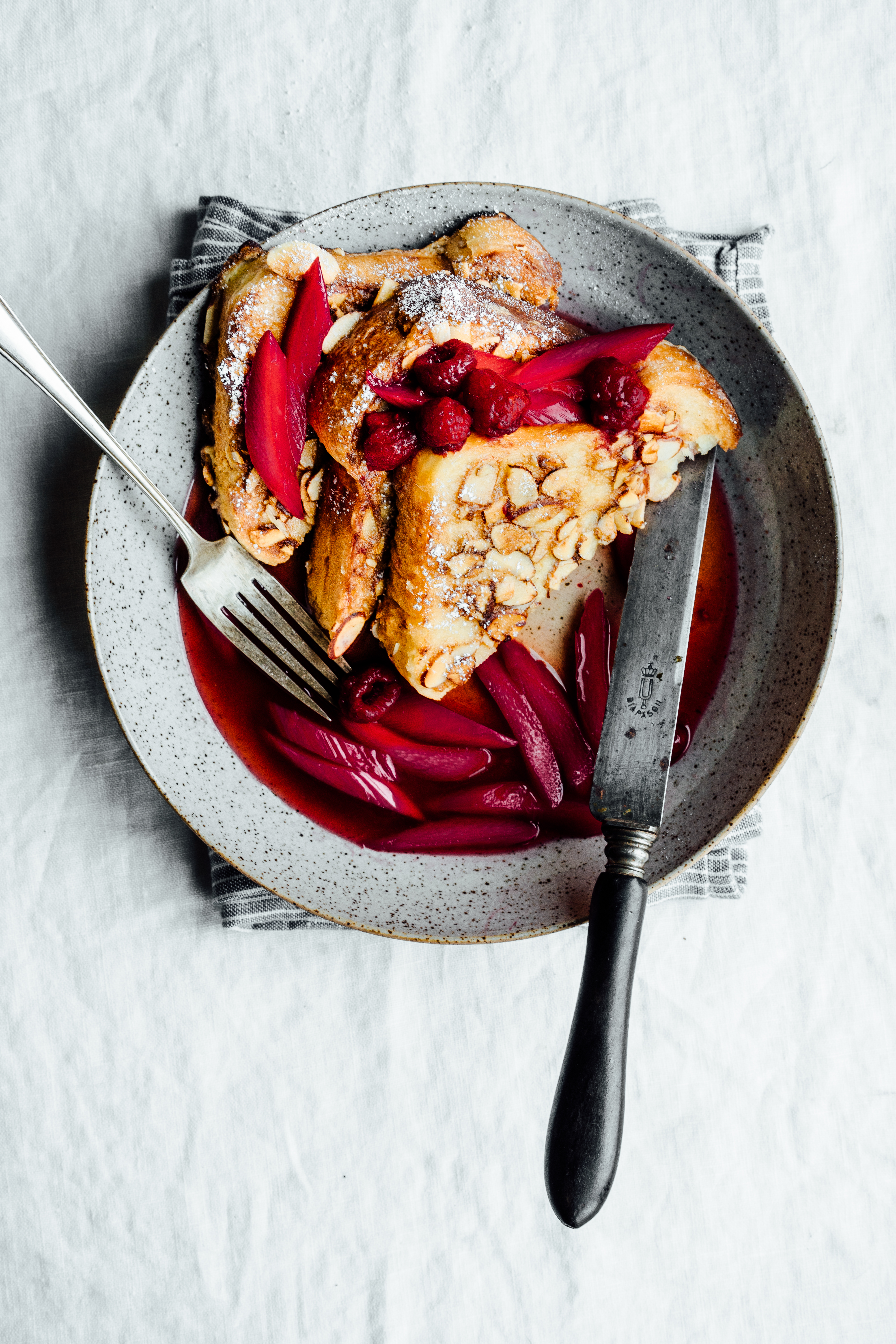 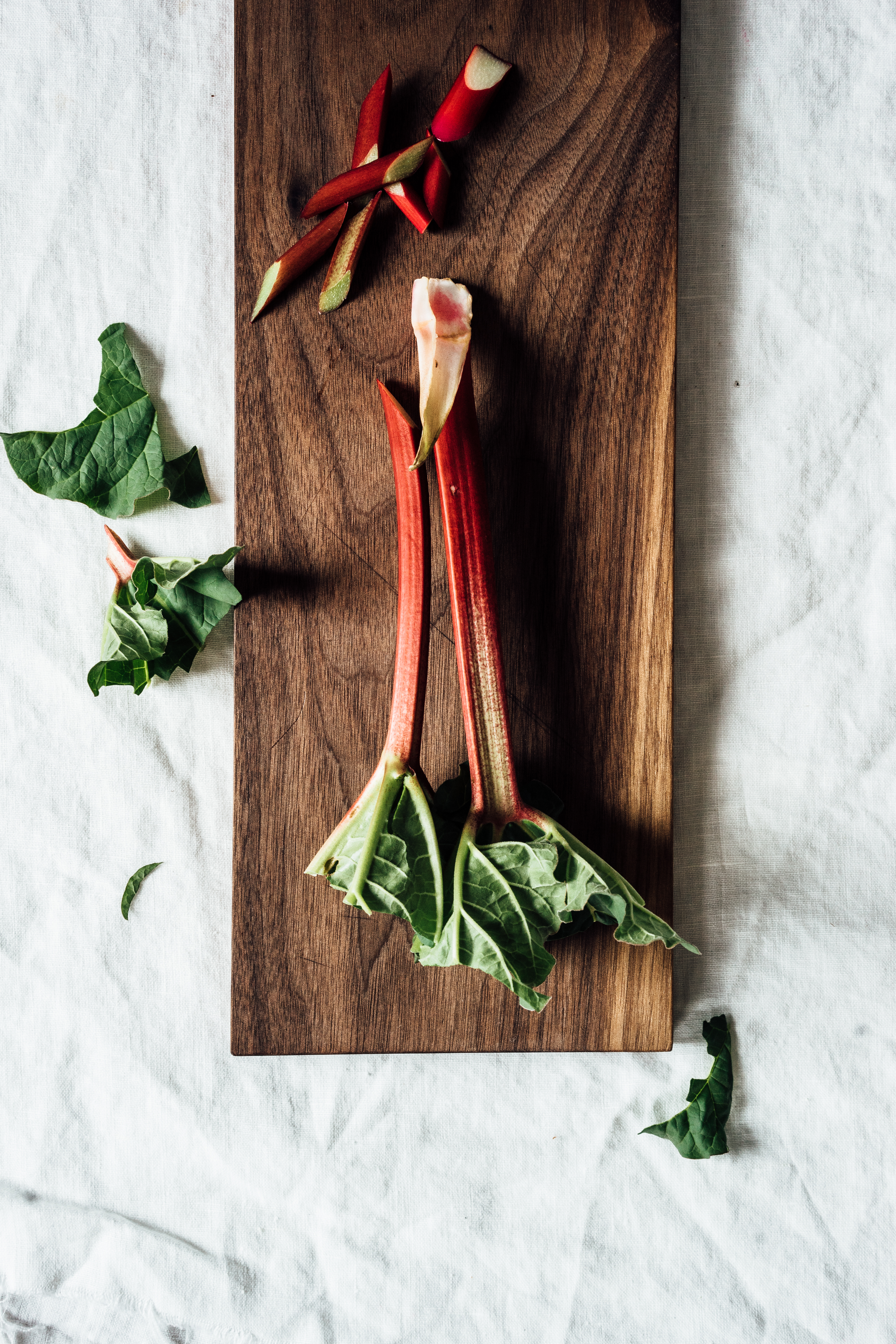 I’ve got a long list of all the things I want to grow when we’re finally settled in one place for more than a few years. It includes all the usual perennial suspects: lilacs, peonies, apples, plums, pears, raspberries, blueberries, strawberries, asparagus, and of course rhubarb. I thought i’d have enough time here in Seattle to establish a hearty rhubarb crop, but despite growing up watching my mom in the garden, growing things doesn’t come naturally to me. I planted a few rhubarb starts when we first arrived in Seattle three years ago, but they died that first year. I thought they were gonners and resigned myself to buying rhubarb at the market. To my surprise, a few fragile red stalks crowned with pale green leaves popped up this spring. There won’t be anything to harvest this year, but maybe, just maybe, I’ll be able to pick a few stalks next year. In the meantime, I’m forced to forage around the neighborhood when I want some rhubarb with the leaves still attached for styling. Yes, I stole the rhubarb. Now, let’s be clear. This is probably the most rebellious thing I’ve ever done in my life. I’m terrified of getting in trouble and hate confrontation. So it was a big deal when I pulled over in front of someone’s house, casually got out of the car with an empty tote bag over my shoulder, looked around suspiciously, and hastily yanked a few stalks from the unassuming plant. I stuffed the rhubarb in my bag, jumped in the car and sped off as if I’d just robbed a bank. By the time I got home I felt embarrassed and wracked with guilt but decided to make the most of my precious loot. So I decided to poach the rhubarb in Steven Smith Teamaker’s  Big Hibiscus tea with ginger, rose and elderflower and spoon it over coconut almond brioche french toast, for a perfectly decadent brunch. Why not?

This hibiscus tea pairs perfectly with the tart rhubarb and rich nuttiness of the french toast, plus I love knowing that I’m supporting a local business  that takes pride in sourcing high quality teas from around the world while supporting the communities it works with. 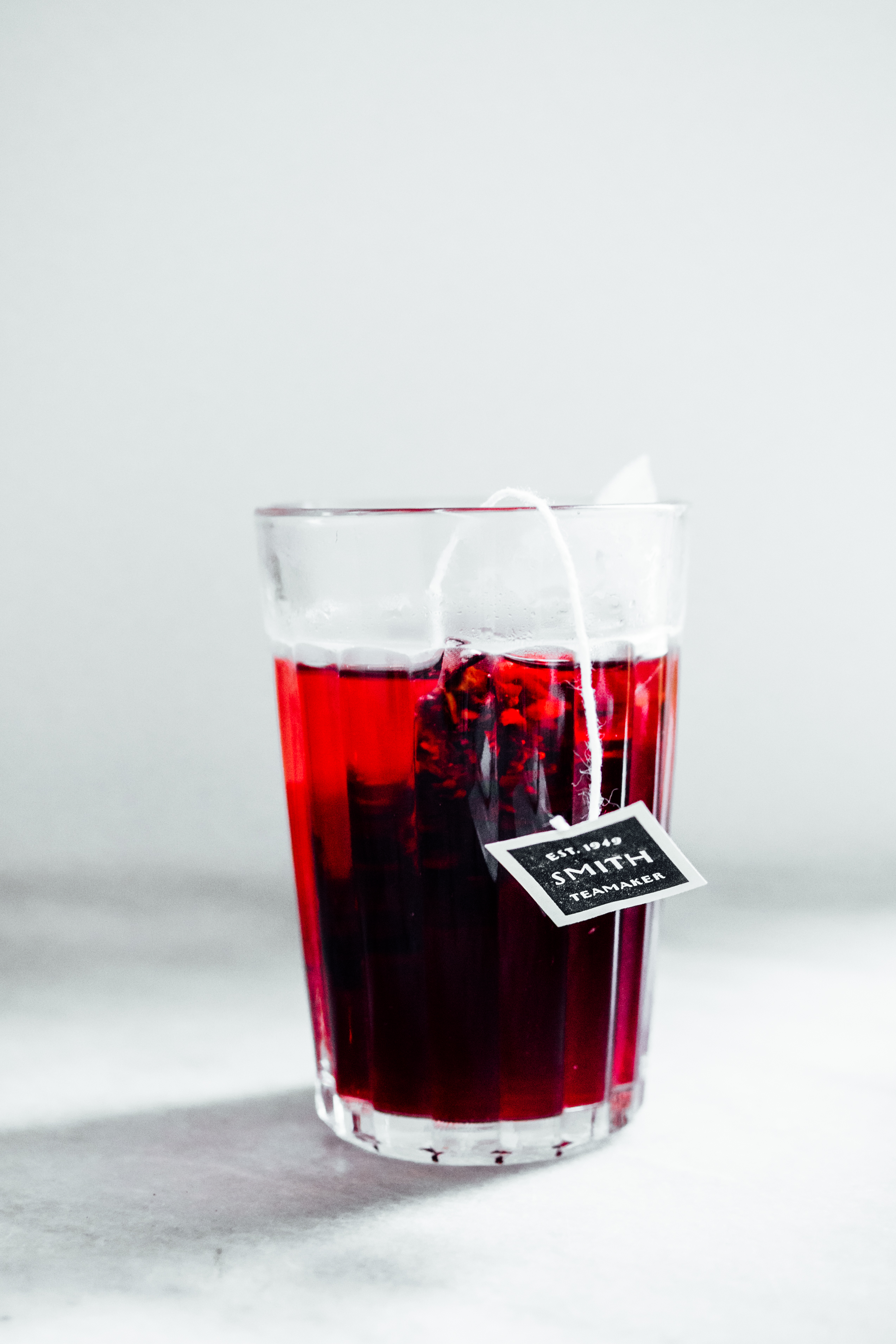 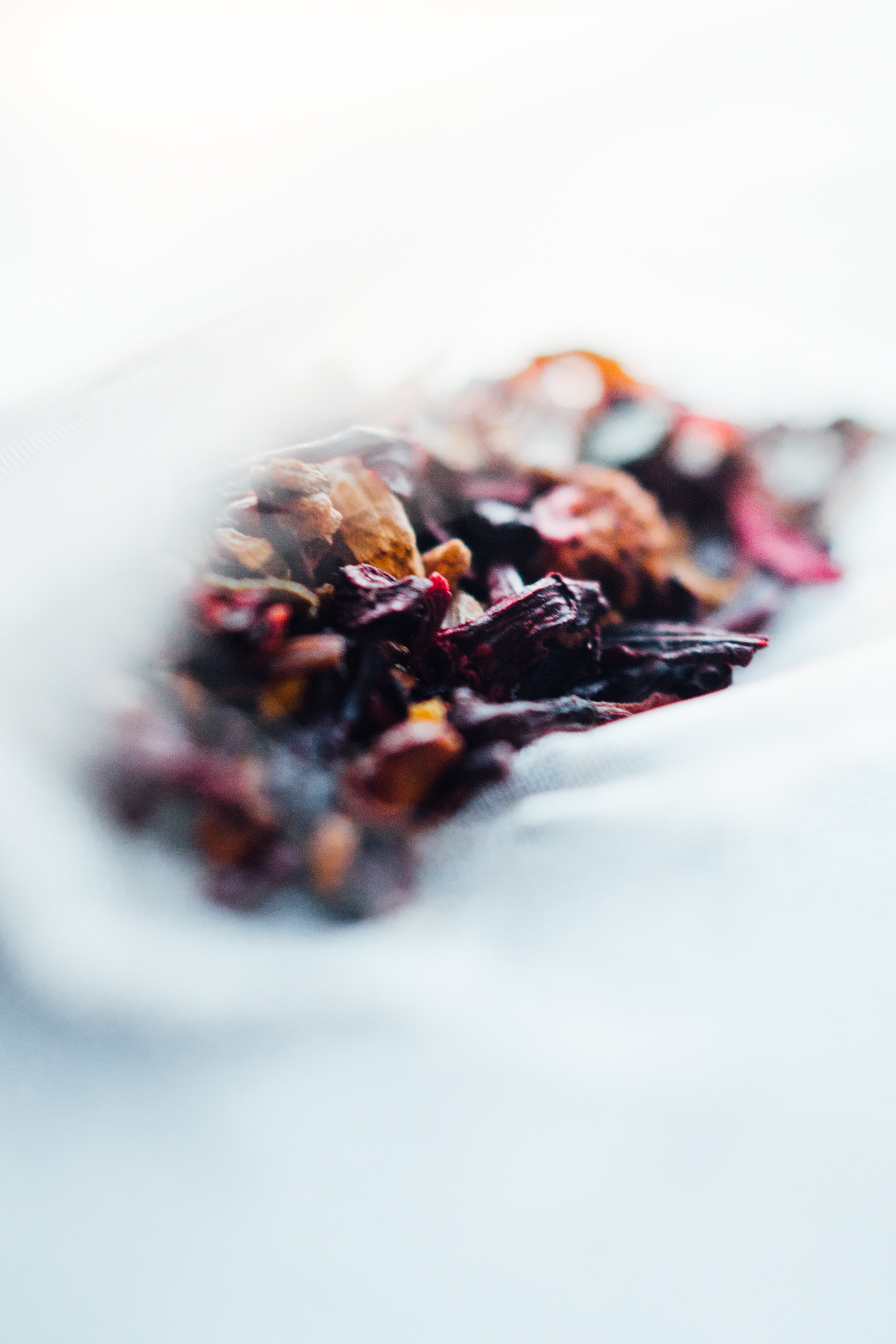 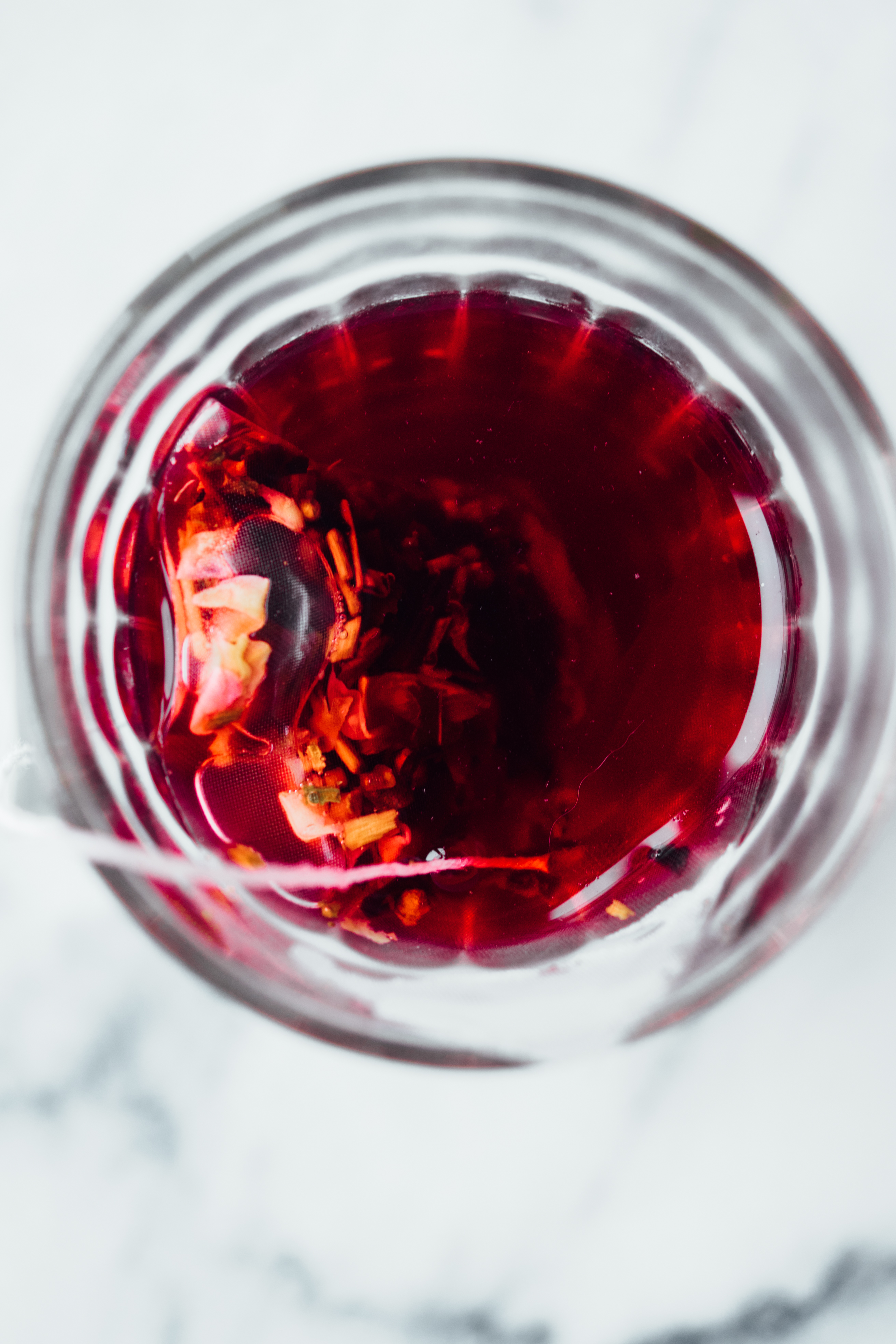 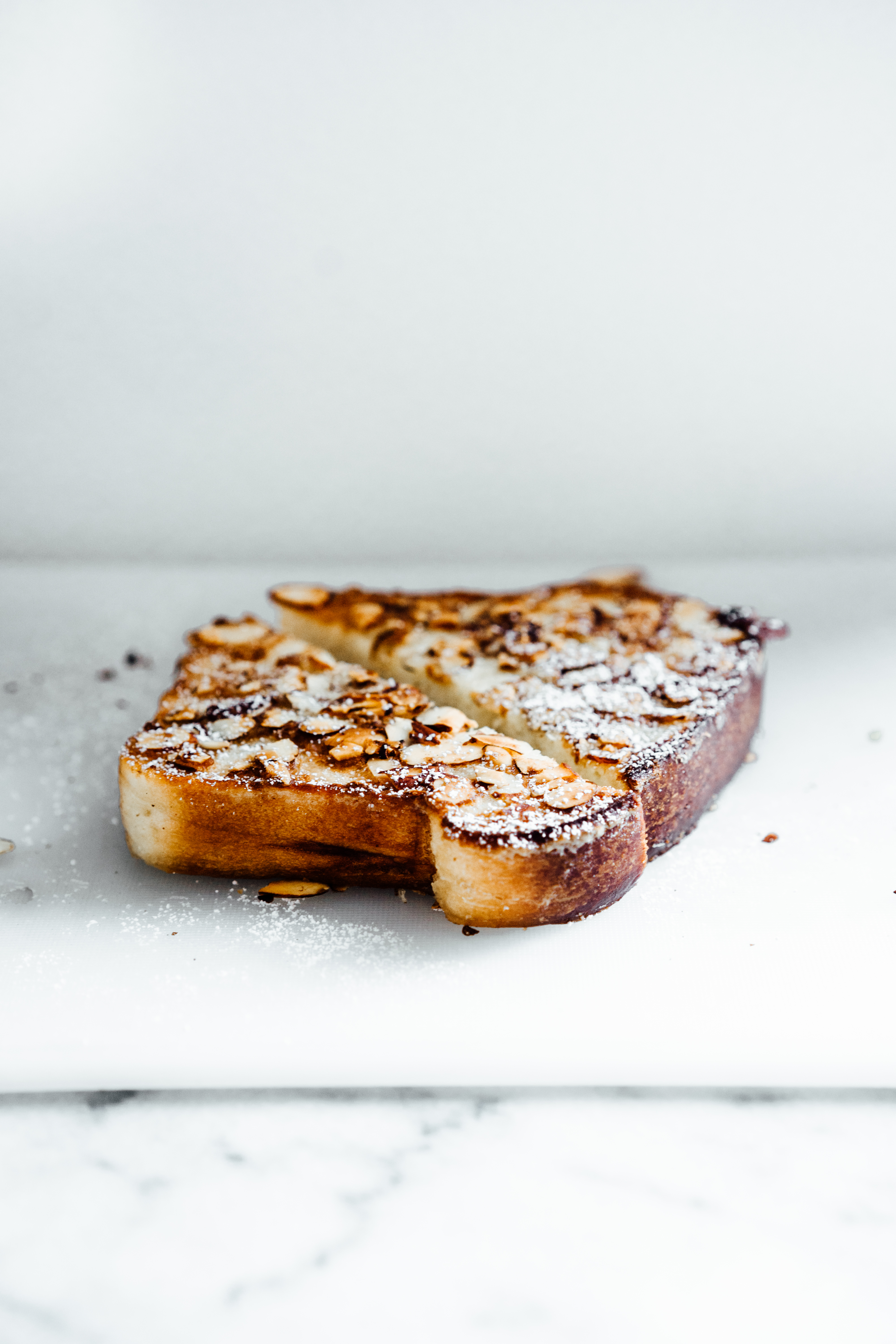 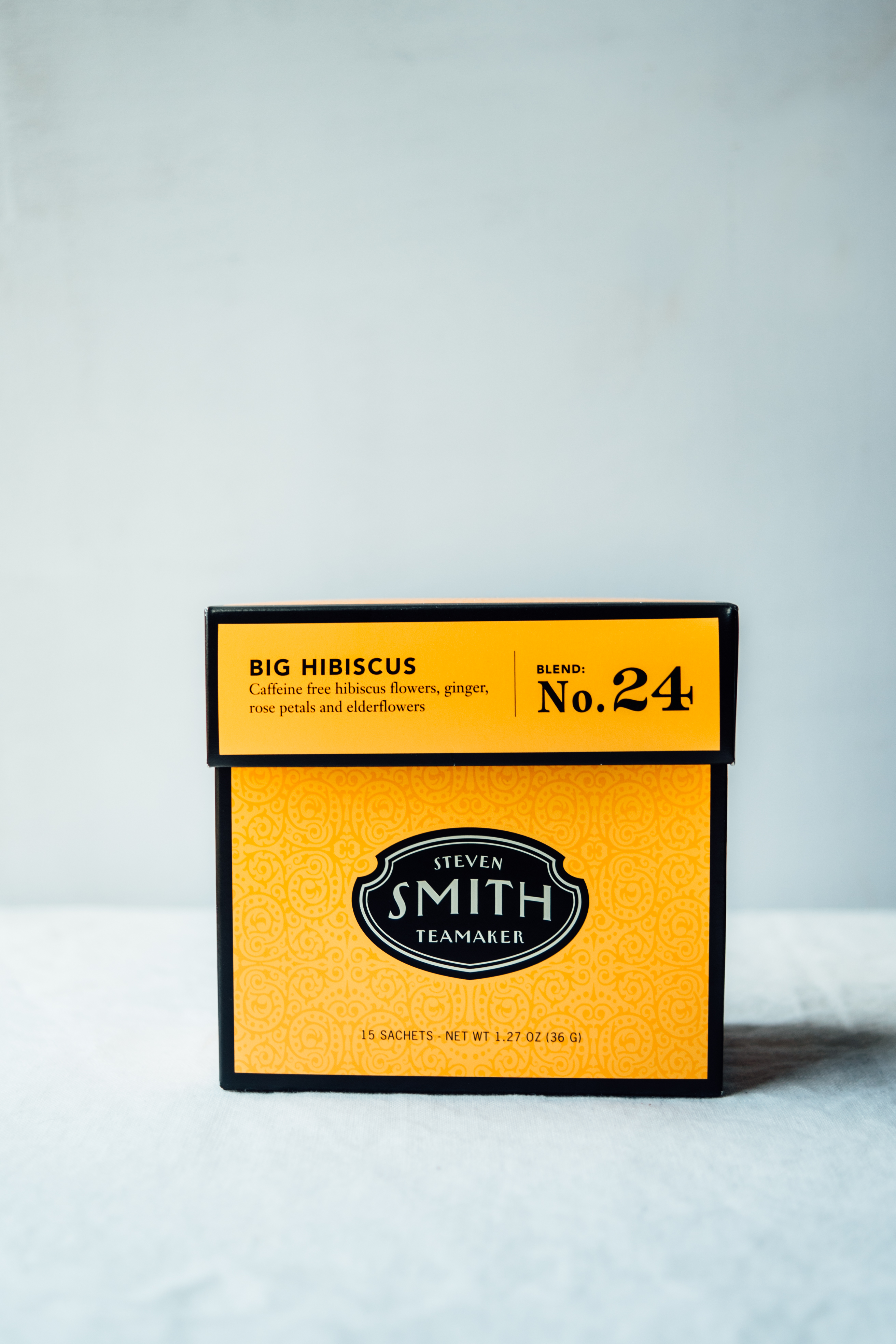 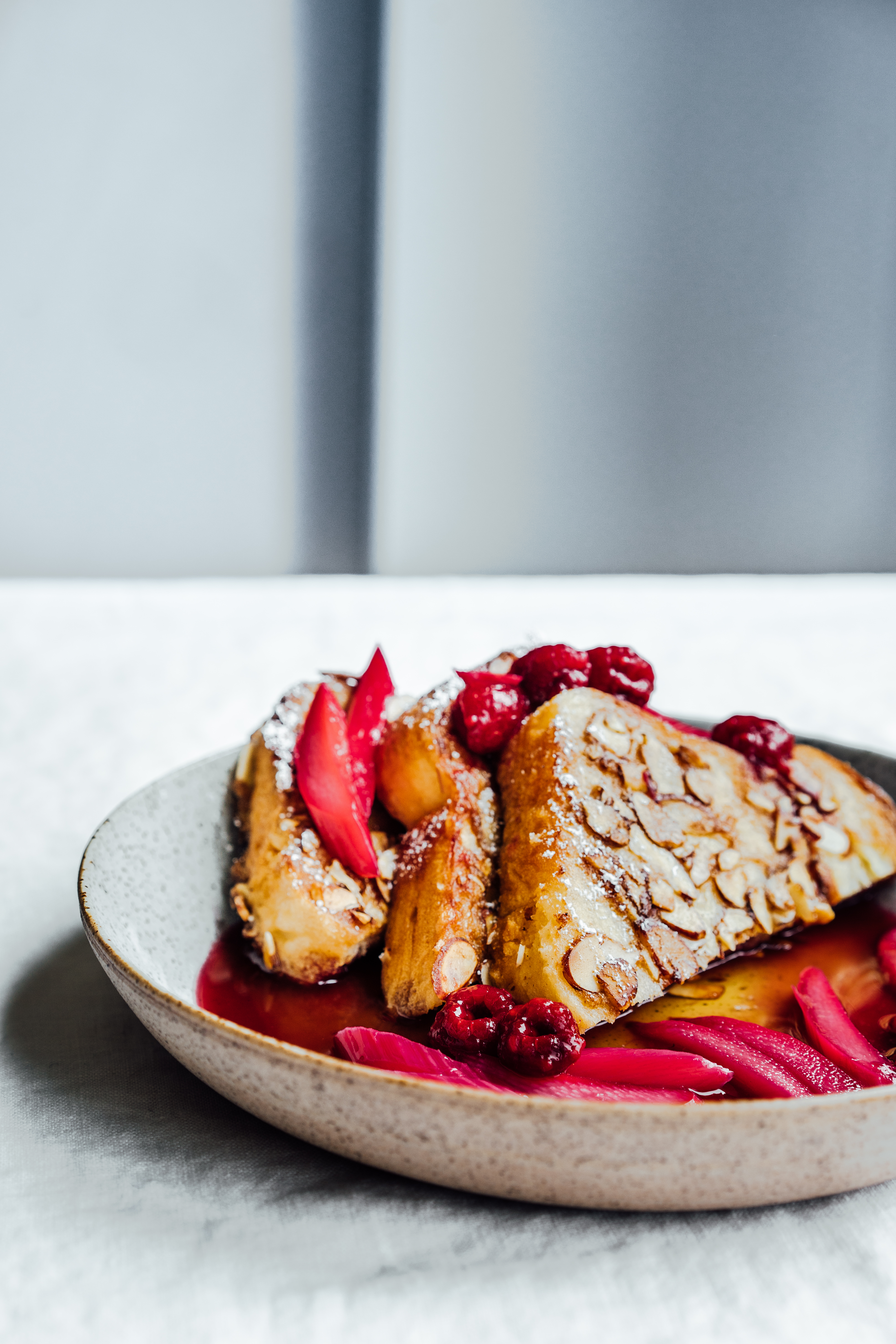 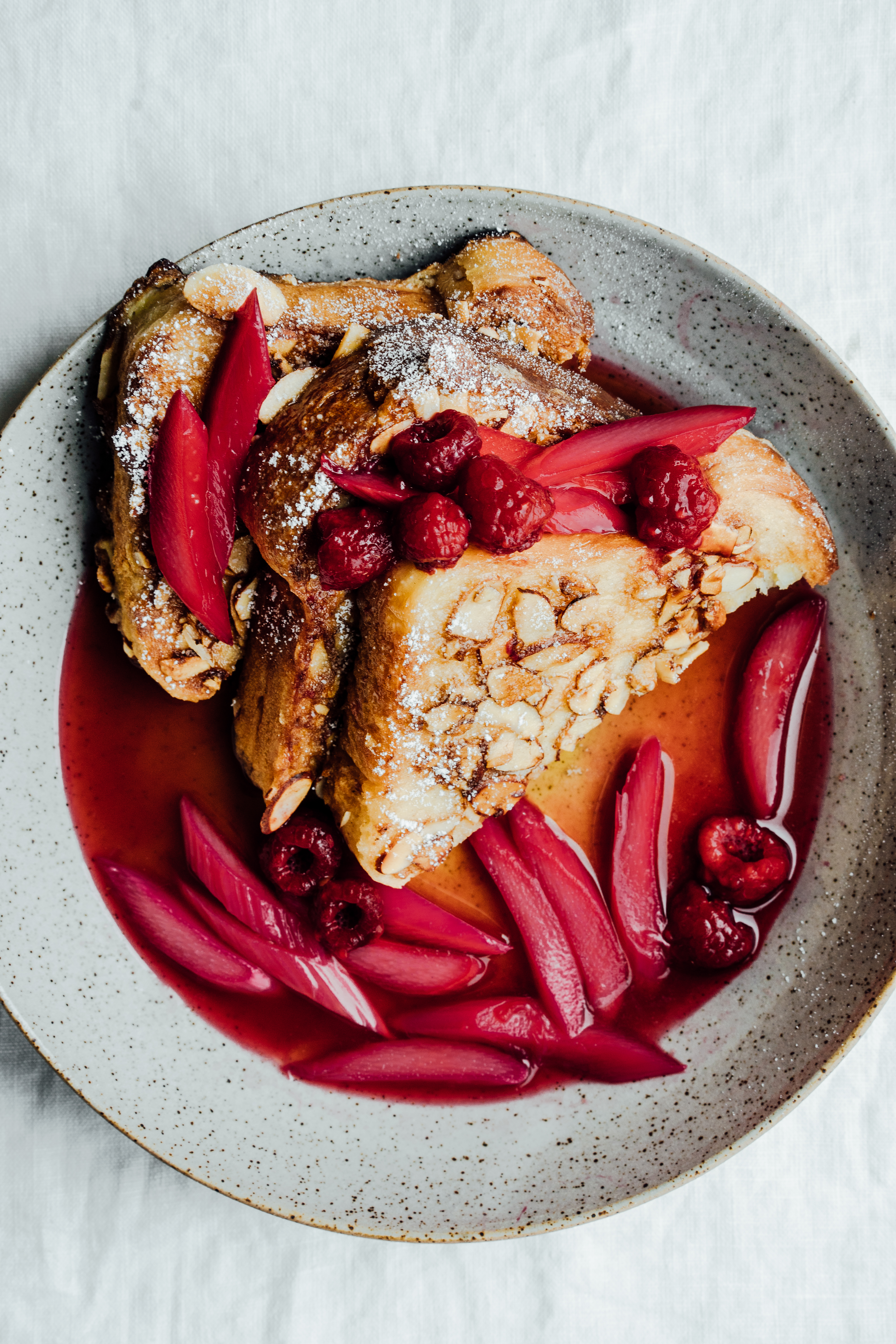 Maple syrup and raspberries to serve

In a small pot, set over medium heat, combine the water and sugar and simmer, stirring occasionally until the sugar dissolves. Add the Smith Tea Big Hibiscus sachets and simmer for 5 minutes. Remove the sachets from the syrup and add the rhubarb. Gently simmer for another 5-10 minutes until the rhubarb is tender but not falling apart. Set aside.

Combine the eggs, coconut milk, almond extract, cardamom and salt in a shallow bowl and whisk to combine. Place a slice of bread into the egg mixture for a few minutes then flip it over to soak the other side. Meanwhile, spread the slivered almonds on a plate. Remove the slice of bread from the egg mixture and place it onto the plate with the almonds, coating both sides with the nuts.

Heat the coconut oil in a skillet over medium heat. Cook the french toast until both sides  are golden brown. Repeat with the remaining slice of bread.

To serve, cut each piece of french toast in half diagonally and serve topped with a spoonful or two of the poached rhubarb and its syrup, raspberries and maple syrup.